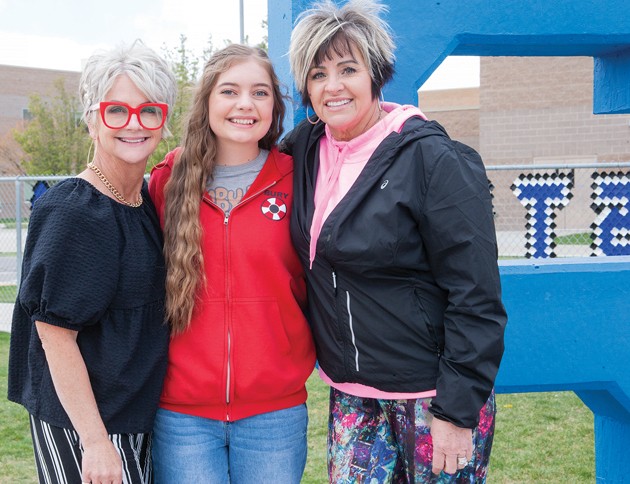 A Stansbury High School student has been selected to join the National Hope Squad Board.

Alivia Walker, a junior at SHS, was selected after a rigorous process to join the national board for Hope Squad, according to Toni Boradhead, SHS Hope Squad advisor.

“I wanted to apply because Hope Squad is very important to me,” Walker said. “I really want to help get rid of the stigma around mental health.”

The selection process included preparing an essay and a video.

Walker will receive training as a national board member and travel around the country training Hope Squads at other high schools.

There are Hope Squads in over 1,200 schools in 35 states, according to the Hope Squad website.

Hope Squad is a peer-to-peer suicide prevention program. Hope Squad members are nominated by their classmates as trustworthy peers and trained by advisors. The program reduces youth suicide through education, training, and peer intervention.

Dr. Gregory A. Hudnall, a high school principal, dealt with the loss of students to suicide during his tenure as principal. In 1997, Dr. Hudnall was contacted by the Provo Police to identify a student who had taken his life in the park next to his school. After working with the police, he returned to his car, threw up, and sobbed over the loss of the student.

While sitting in his car and trying to recover from the experience, he made a vow that he would do everything he could to prevent another child from taking their life.

He was promoted to the district where he developed the idea of a peer group effort to prevent suicide. The first Hope Squad was started at TImpview High School.