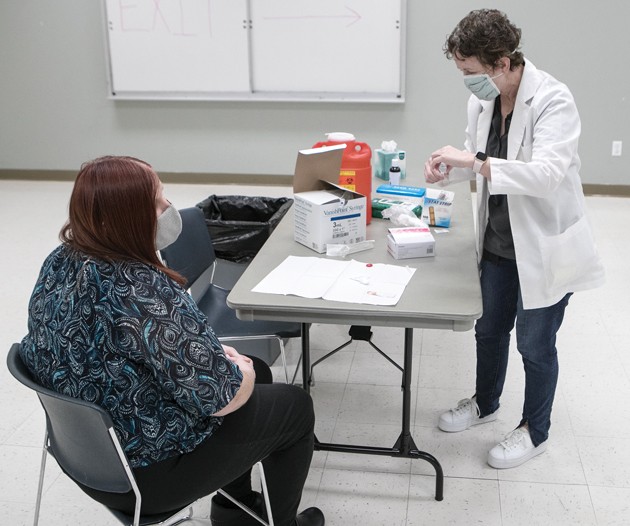 Utah’s Unified Command Group, along with the Utah Department of Health announced on Dec. 28, 2020 their plans to distribute COVID-19 vaccines to members of the public.

Phase two vaccinations are expected to begin as early as mid-February, according to a press release from the Utah Department of Health,

Utahns who are 75 and older will receive the vaccine first, once phase two vaccinations begin.

“We have seen older adults bear the most severe burden of disease in our state, and across the nation,” said Rich Saunders, UDOH interim executive director. “These individuals are far more likely to be hospitalized, to need intensive care, and to pass away from COVID-19. Ensuring these members of our community receive the vaccine as early as possible will save lives and help reduce the burden on our hospitals.”

The COVID-19 vaccines will be administered to older adults, because the hospitalization rate for those aged 65-85 is greater than the next closest age group, according to UDOH.

For adults older than 85, the rate is nearly five times greater.

Adults older than 65 account for 77% of all COVID-19 related deaths in Utah, according to the UDOH.

“As we move into Phase 2 of our vaccination program, it simply makes the most sense to vaccinate those who are at the highest risk for hospitalization and death first,” said now former Gov. Herbert prior to the press release. “We will continue to refine our plans, and to move forward under the principle that those who stand to suffer the most should be vaccinated first.”

According to the press release, prioritization of waves in phase two are still being considered but will likely include prioritization by additional age groups, residents with certain underlying medical conditions, and certain residents who live in congregate settings.

Prioritization based on an individual’s employment status are no longer being considered by the Unified Command Group, according to the press release.

“Focusing on age will do more to reduce infections and alleviate hospitalizations than any other category of individuals as we continue to administer vaccinations,” said now Gov. Spencer Cox. “I’m very supportive of this change and know it will save lives.”

During the early part of the phase two vaccinations, most residents will receive their vaccines at the health department closest to where they live.

Later in phase two, vaccines will also be available through local pharmacies and primary care providers, according to the press release.