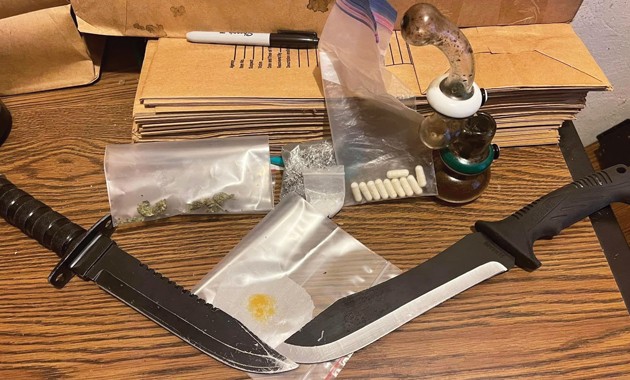 Four people in Stockton were charged with possession of methamphetamine and other drug-related charges, along with child endangerment and possession of a deadly weapon after Stockton Police and the Tooele County Major Crimes Task Force searched their homes..

Stockton Police, and the Task Force, which is composed of officers from all over the county, learned of two homes in Stockton where individuals lived who possessed illegal drugs, according to a press release from the Stockton Police Department.

After obtaining search warrants for both homes, the warrants were served. Methamphetamine and drug paraphernalia were found at both homes.

At one home the officers discovered that the parents of a teenage male were allowing the teen to use and possess marijuana.