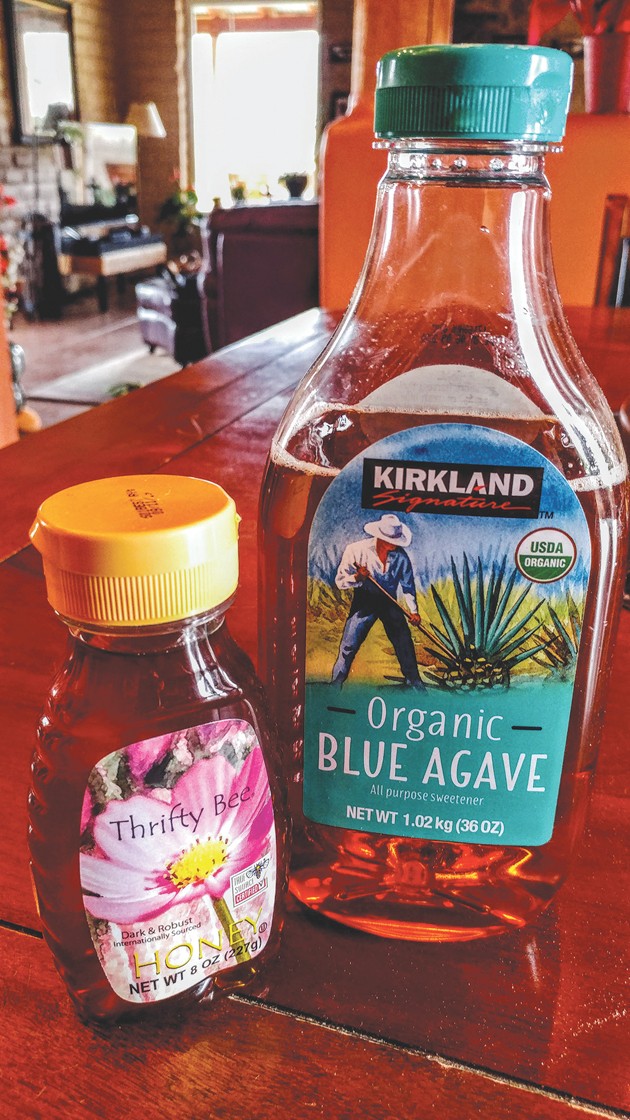 December 7, 2017
Sugar consumption has dropped but desire for sweetness goes on

One of the most thought provoking movies we were ever able to watch together as a family with our kids was “Dances with Wolves.”  I still remember one scene where Kevin Costner’s character meets the Lakota face-to-face. One of the fierce warriors, Wind in his Hair, gets a taste of white sugar that Dunbar offers him. The look on the Lakota man’s face is priceless, after which he grabs a handful and throws it into his coffee.

It’s likely that a similar reaction has happened many times throughout history as people have happened upon concentrated sweetness. While we take for granted our easy and continual access to sugars and sweeteners, at one time having them was a rarity.

Sure, honey has been around for a long time and enjoys an enduring popularity. It’s one of those great foods that look appealing, possess a distinct texture, and can take on regional or local flavors. Just like wine grapes, you can get a hint of where the honey was produced from the flavor of the main nectar source the bees harvested. I can tell you firsthand that mesquite, clover, buckwheat, orange, and alfalfa honey all have distinctive and noticeable undertones — and all are delicious.

White table sugar, which is typically in granulated form, comes from two main sources: sugar cane and sugar beets. Sugar cane is a tropical crop, and sugar beets extend the range of sugar crop growing. Much of the white sugar you see on the grocer’s shelf is from sugar beets. My sweet tooth isn’t discriminating enough to tell the difference between sugar from cane or beets, but there are those who can. In that case, the preference tends to land on cane sugar.

As people have become more conscious of their diets and overall health, many have reduced consumption of sugars. But, that doesn’t necessarily mean the appetite for sweetness has lessened overall. The pursuit of the “holy grail” of sweetness without high calories or carbohydrates has been going full speed for some time.

Saccharin is the oldest artificial sweeteners, and was invented, accidentally, in 1879. Researcher Constantine Fahlberg, of Johns Hopkins University, forgot to wash his hands before lunch. A chemical he was working with was still on his hands and it made the bread he was eating very sweet. Saccharin use was not widespread until sugar was rationed during World War I. It became more popular in the 1960s and 1970s when Sweet’N Low came on the market as did the introduction of diet soft drinks. Saccharin tastes over 300 times sweeter than sucrose, but has a bitter or metallic aftertaste and essentially no nutritional value.

One of the early diet soft drinks was TaB, which was initially sweetened with cyclamate (cyclamate was banned in the U.S. as a food ingredient in 1969), and was later sweetened with saccharin. There were early ties of saccharin to bladder cancer in lab mice (now contested), and along with the introduction of Diet Coke, TaB lost market share and was discontinued.

Time and space doesn’t allow me to detail on the long list of sweeteners that are now available in a wide range of products from sauces, drinks, chewing gum, cereal, coffee creamers and so forth. We are no longer strangers to products such as sorbitol, aspartame, and sucralose. Brand names such as Equal and Splenda are familiar to most of us.

Suffice it to say, when you have these types of products utilized in such a wide spectrum of foods and snacks, there will be strong opinions on both sides as to whether these are safe or lead to overall better health outcomes than regular table sugar (sucrose) use. It’s a similar argument going on right now between cigarette smoking and “vaping.” Will people leaving cigarettes and taking up vapor type smoking wean more people off tobacco, or will more be introduced to it? As for sweeteners, will people have a less appetite for sweetness and consume less sweetened products, or more, because of lower calories or perceived healthiness? Time will tell.

Right now, a couple of sweeteners that have really taken center stage are stevia and agave nectar. Both are readily available now at many grocery stores. Stevia powder is typically located right along with generic sucralose and the main sucralose brand, Splenda.

Stevia plants are grown, the leaves harvested and the sweetener compounds extracted — which taste several hundred times sweeter than common table sugar. The fact this sweetener comes from plant material and not a lab makes it attractive to many. For stevia to be approved and sold as a consumer food product, the compounds must be refined to a certain grade. Low- grade extracts are not lawful to be sold as a dietary item.

One of the downsides of stevia is its bitter aftertaste. This is because the ingredients in stevia interact both with the sweet and bitter receptors of the tongue. That means while you can enjoy a sweet sensation eating foods or beverages containing stevia, you’ll also get a sharp taste afterwards. Different approaches are used to manage this, including using the minimum amount necessary to get the desired sweetness, “cutting” the amount with other fillers, and adding other sweeteners (in some cases, regular sugar!) to mask the bitterness.

Agave nectar has certainly become more popular, moving from the food co-op and other “alternative” venues to the mainstream. It can be bought at all major grocery chains and the wholesale clubs such as Sam’s and Costco. This syrup is a dark amber, and has a consistency similar to warm honey. It remains liquid at room temperature and readily dissolves in beverages.

The blue agave is the source for the nectar, and is an important crop in arid regions of Mexico (California, too), where it grows well without irrigation and fertilizer.

Blue agave, also known as agave azul, is what genuine tequila is made from. To be certified as tequila, the liquor must contain at least 51 percent blue agave. It is distilled from the center of the plant, which is harvested by a field agave expert called a jimador. The agave is not an annual crop like corn or wheat, but takes about eight to 10 years to reach harvest. Because of this long growing time, sustainability is a concern. Fortunately, there are efforts, both in Mexico and in California, to assure that replanting and conservation is ongoing.

The blue agave plant, and others similar to it, has also been the source of raw materials for ancient cultures both in northern Mexico and the American southwest. These plants provided fiber for cordage, as well as coarse fabric, and some parts of the plant will create suds when mixed with water providing a cleaning compound. The needles along the edges of the leaves were used for sewing, as well as for writing instruments. Parts of the plant could be boiled to create an edible starchy paste. Not bad for a plant that grows in the middle of the desert without the need for additional water or tending.

Man’s desire for sweetness goes back as far as … well, mankind. I wonder what the next new thing will be. In the meantime, I’m heading to the kitchen to get a toasted and buttered English muffin drizzled with honey.