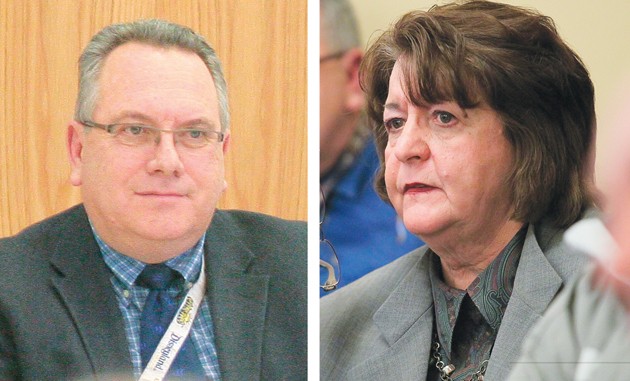 April 11, 2013
Superintendent plans to retire at end of year

Tooele County School District will lose two top administrators at the end of this school year.

“It is sad for our district to lose both of them,” said President Maresa Manzione of Tooele County School Board. “They have done a good job for the district.”

Linares has been with the district for 39 years.

“I’ve thought about it and it’s just time,” Linares said.

After completing her bachelor’s degree, she commuted after school for two and a half years to Logan to complete her teaching certification from USU.

She then served as assistant principal at GHS for three years and then as principal for six years at the school.

In 2004, Linares was selected as the secondary education director for the school district and in 2007 she was appointed as assistant superintendent.

In May 2008 the school board announced its selection of Linares to succeed Mike Johnsen as superintendent after Johnsen announced his retirement.

Ken Luke has been with the Tooele County School District for 31 years.

Luke grew up in Tooele. He graduated from Brigham Young University in 1980 and returned to Tooele and worked with his father in the insurance business for two years before he landed a job teaching at Stockton Elementary in 1982. He has since taught at Stockton, Harris, and Northlake Elementary schools.

Luke served for seven years as principal at East Elementary and opened Rose Springs Elementary, working there as principal for a year and a half before being selected as the elementary education director for the district.

Luke was promoted to assistant superintendent by Linares in 2008.

The school board will conduct a statewide search and possibly a nationwide search for Linares’ replacement, according to Manzione.