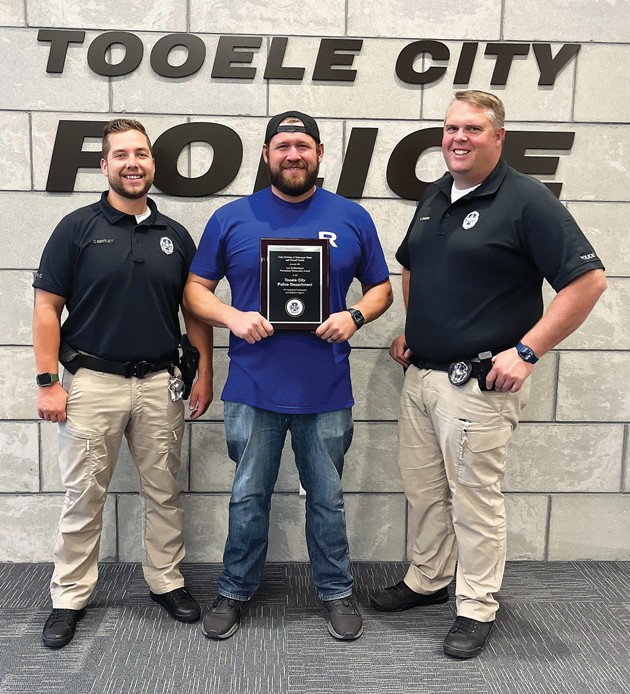 “We were hearing of places that kids know they could get alcohol from, just because we might not have been checking them frequently enough and people knew that they were able to get away with selling to minors,” said Det. Colbey Bentley, with the Tooele City Police Department.

After speaking to Clegg, Tooele City Police realized there was limited collaboration between local agencies related to preventing the sale of alcohol to minors.

“We realized we really hadn’t talked about any problems with alcohol that other cities were facing, so along with the Tooele County Sheriff’s Office, Stockton Police department, and Grantsville Police department, we formed a county-wide alcohol task force that focuses on preventing underage drinking and a lot of that work is done in preventing retail sale to minors,” Bentley explained.

The idea of an alcohol task force is a new concept in Utah.

“It’s worked pretty well for us,” Bentley said. “We want people to know we are on our game checking these places to make sure they aren’t selling to minors.”

The force works by recruiting responsible highschoolers, with parent permission of course, called CUBS, which stands for covert underage buyers, to go to a specific gas station or store that sells alcohol and try to purchase alcohol underage without proper identification.

If asked at the establishment, the CUBS are required to give their correct age.

The majority of businesses have passed the test, according to Bentley.

The Task Force doesn’t perform the tests on bars, restaurants, or liquor stores, as they are tested frequently by the state.

In March, the Alcohol Task Force traveled to Saint George for a state law enforcement conference where they were presented with the Law Enforcement Prevention Partnership Award for their exceptional community and coalition support by the Utah Division of Substance Abuse and Mental Health.