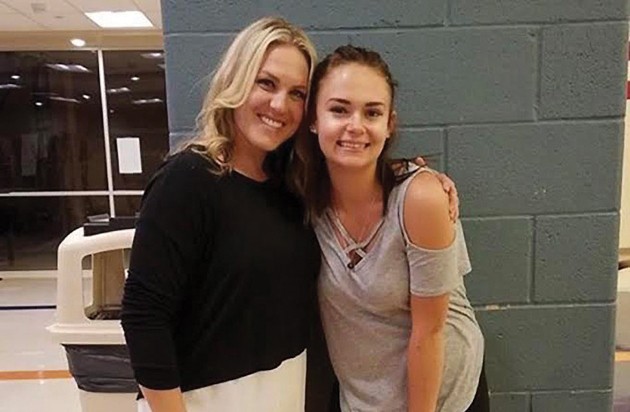 During my high school career, I often didn’t think it beneficial to have to attend school every day. I was easily bored and just wanted to talk constantly. I couldn’t sit still most of the time. I was always hungry and I finished my assignments quickly which left me with nothing to do.

The first two years of high school I was able to stay in school, because I had nowhere to go, but the minute I received my first car — a green 1997 Dodge Caravan that held at least seven of my friends legally — I was always taking off on adventures.

During my adventures, I ended up at McDonalds a lot of the time. I also went to the Great Salt Lake and hiked Black Rock a time or two. Despite my constant truancy, I always managed to get my work done and I was reading at least three books a week at home. I enjoyed learning. I guess I was just jumpy or something.

Most of my teachers allowed me to get away with missing class, except for two: my journalism and language arts teacher, Mrs. Tanaka, and my drill team coach, Heidi.

I enjoyed the idea of journalism and language arts but I didn’t enjoy the way Mrs. Tanaka kept me accountable. I quickly learned that I must show up for her class or I would be in trouble and the school would definitely give my dad a call that I had missed, resulting in me being in a lot of trouble.

One day I was several minutes late for journalism class and Mrs. Tanaka marked me absent. She was strict and she didn’t put up with any nonsense. While I was forced to be in class, I decided that I might as well try to listen. At the time, I didn’t think I was getting anything out of it, but she taught me all the rules to effectively write an article and a killer essay. Mrs. Tanaka also made me read several books that I wasn’t fond of before I opened my mind to them.

I’m thankful that she was so strict, because if she hadn’t forced me to be in class, I might not be writing for the Transcript now.

I never dared to miss drill team practice during high school, not only because I loved to dance, but because our coach was comparable to a drill sergeant. If a dancer showed up one minute late for practice, they would have to hold a three-minute plank or run an extra mile during practice. I only had to do that once or twice but I learned my lesson. Dancers that missed or were late to practice also had a huge chance of being taken out of competition dances, which we worked so far to be in.

One night, we were scheduled to perform during halftime at the basketball team, so my friend and I thought we had time to drive to Salt Lake in her car for some fun after school. We ended up staying longer than we would have liked and we were hurrying home when I noticed that the lane we were in on I-80 merged to the center lane. I casually told my friend that the lanes were merging and she slammed on the brakes, which caused us to slip on black ice. The car began spinning in the middle of the freeway. We were nearly hit by several cars but somehow my friend was able to get her car to the side of the road on the shoulder facing oncoming traffic. Long story short, we had to call the police to help her get her car back on the road and we were shaken up.

We called Heidi. She asked us if we were hurt. We said no. She said that we better make it in time for the performance or we would be in trouble. We showed up with three minutes to spare before performance time.

Drill team practice at 6 a.m., five days a week and performances taught me how to be on time for a job in the real world, no matter the circumstances. It also taught me how to exercise and live a healthier life.

Teachers help shape our lives, whether they be school teachers, professors, or religious leaders. I am thankful my school teachers never gave up on me.