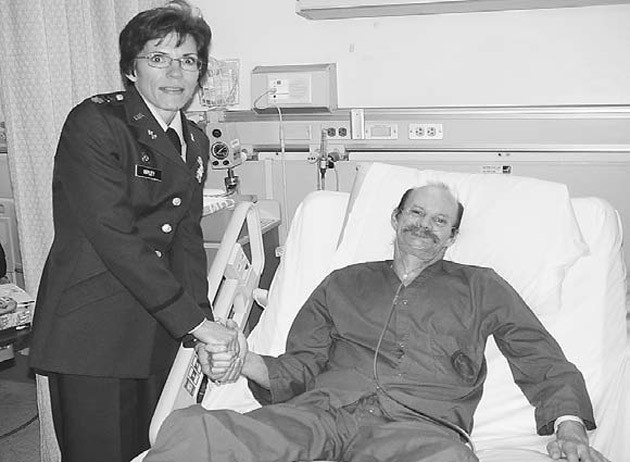 LTC Ripley visiting the veterans at the SLC VA hospital.

As America’s military forces deploy overseas, we are reminded of the brave men and women who bear the burdens of war so that we, as a nation, may live free from fear. Our active duty and reserve troops carry the burden today, just as America’s veterans did in the past.

At the Veterans Administration (VA) Hospital in Salt Lake City, Feb. 14, 2005, LTC Karol L. Ripley, Tooele Army Depot Commander, was honored to spend her day recognizing and thanking some of America’s veterans — men and women who bore the burden at places like Utah Beach, Pork Chop Hill, and Khe Sanh. LTC Ripley was invited to join the staff at the VA in honoring these patriots during the National Salute to Hospitalized Veterans Week, Feb. 13-19, 2005.

“I was honored and privileged to spend time with those who have sacrificed so much to protect our freedom,” stated LTC Ripley. This National Salute Week was established to remind them that their sacrifices have not been forgotten.