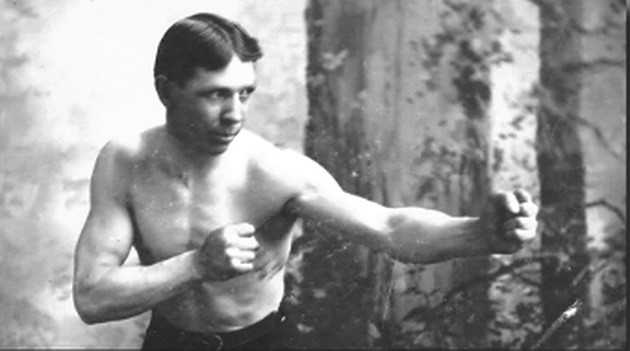 Willard Bean: The middle weight champion of the United States.

July 8, 2021
The faith-filled life of ‘The Fighting Preacher’

As newly married Willard Bean entered a stake conference of The Church of Jesus Christ of Latter-day Saints in Richfield, Utah, in 1915, he was asked to immediately come to the podium by Joseph F. Smith, President of the Church. President Smith there and then formally called Willard and his new bride Rebecca to a five-year mission for The Church of Jesus Christ of Latter-day Saints to Palmyra, New York, where the Church had its earliest beginnings. Since the Church’s restoration in Palmyra to its subsequent moves to Ohio, Missouri, Illinois, and finally Utah, the Church had not had a presence in its birthplace in 95 years. The Beans were called to live in Palmyra in the former home of its founder Joseph Smith. They were also tasked with purchasing as many Church historical properties as they could.

Unbeknownst to the Beans, President Smith had long been looking for the right people to fulfill this assignment. When they walked into the stake conference, President Smith saw them and immediately knew they were the ones. So started an amazing 24-year mission that was originally only supposed to last five years.

Such also began a great presentation by Lori Bean Henderson the granddaughter of Willard and Rebecca Bean. Willard became locally and historically known as the “Fighting Preacher.”

Lori enjoys telling the extraordinary stories of their 24-year mission, and Willard’s research of Book of Mormon lands in upstate New York. To keep this significant piece of Church history alive and celebrate the 100-year anniversary of their mission call, Lori wrote and produced the DVD documentary “Love Unfeigned.” The Settlement Canyon Chapter of the Sons of Utah Pioneers were fortunate to enjoy a virtual presentation by Lori about her grandparent’s lives for their June educational and business meeting.

When the Beans first entered Palmyra and took occupancy of the original Smith home, the reaction of the community was hateful, turning toward violence. The Beans were immediately branded as polygamists, and no one would speak to them. People would even cross the street if they were found walking their dog near them. For two years, the Beans needed to drive a horse and buggy to neighboring towns for all shopping, as no one would wait on them in local stores. Finally, after lots of obscenities and name calling the Beans were strongly invited to return to Utah and sent a contingent of three men to encourage them to move on threat of violence. Willard tried to be cordial and friendly to these neighbors but eventually invited them to fisticuffs. He offered to take them on one at a time, or all three at once. They not so politely declined the offer.

After continued rejection such as nailing their children’s desks to the floor facing the wall and in the back corner of their classrooms, to ministers attacking them but mysteriously being called out of town when Willard challenged to debate them, to negative newspaper articles which Willard answered with articles of his own, to being invited at gunpoint off of the property that would later become the Hill Cumorah, Willard decided more drastic steps needed to  be taken. Bean, the former Middleweight Champion of the United States, built a boxing ring complete with raised floor, ropes and timer, and challenged any and all comers to a boxing match. Fifteen of the biggest and toughest blokes in town accepted the offer with pleasure. The first challenger was knocked out in 15 seconds, as were the next six would-be boxers. In between matches, Willard entertained the surprised and chagrined townspeople with back-flips and other gymnastics. The eighth boxer denied the offer to brawl, as did all the rest of the lineup.

Amazingly and blessedly this demonstration turned the tide in the hearts of the people of Palmyra. The Beans became some of the most accepted citizens in the community. They were both invited to be on boards of directors of many school and civic groups. They were even able to purchase on behalf of the Church the Hill Cumorah and several other sought-after Church historical properties in the area at prices far less than they had originally been offered. After 24 years the Beans, who accepted this mission call of five years when they were newlyweds, ended up receiving their missionary releases when they were grandparents. Such was the warm and wonderful look into the lives of this amazing couple who simply did as the Lord asked and for as long as the Lord needed.

The Settlement Canyon Chapter of the Sons of Utah Pioneers has been meeting virtually during this long COVID Season. Starting the first Thursday in August, we will once again hold our monthly meetings in the friendly confines of The Church of Jesus Christ of Latter-day Saint’s building on the corner of 2nd South and 2nd West Streets in Tooele. President and Sister Mike Rockwell will present about their mission to San Diego, California, and especially about the Mormon Battalion Museum. It is hoped that we will also receive some gems from the life of their famous ancestor Orrin Porter Rockwell. Information about time, place and food arrangements will follow.

We are still on the hunt for Tooele High School Yearbooks to complete our collection at the James L. Bevan Tooele Pioneer Museum. Give Glen Steven a call at 435-882-3168 if you have any yearbooks to loan or to donate.