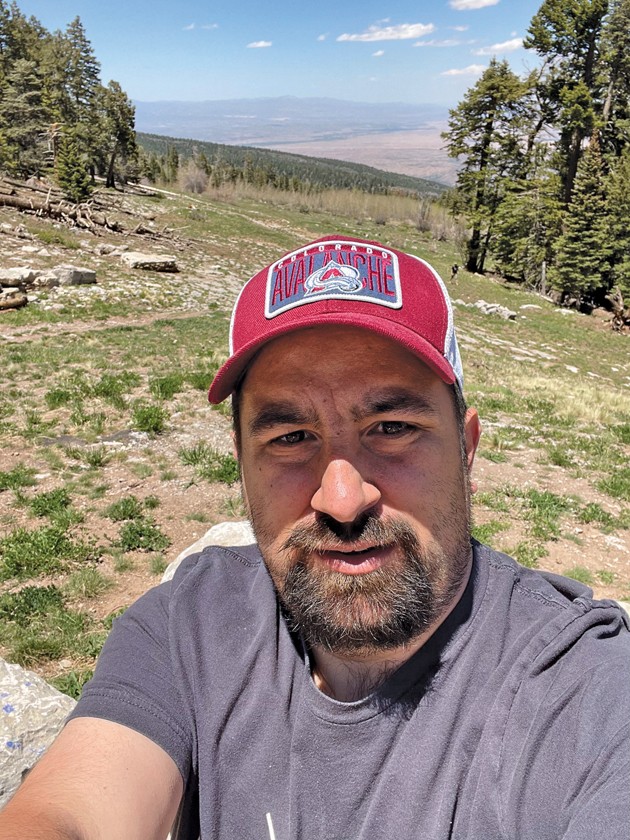 Former Transcript Bulletin sports editor Darren Vaughan takes a break in the Sandia Mountains above Albuquerque, New Mexico. Vaughan has accepted a job with the New Mexico Department of Game and Fish after spending nearly 15 years as a professional sports journalist.

What a ride it has been.

I’ve spent the past 15 years doing what I always wanted to do. As a kid, I dreamed of working in sports media in some form. In college, I found my calling as a sports writer.

Monday was my last day at the Transcript Bulletin, and the last day of my career as a professional sports journalist. I have been hired by the State of New Mexico as a bilingual editor and public relations coordinator for the Department of Game and Fish. I’ll be living in Santa Fe in the shadow of the beautiful Sangre de Cristo Mountains, helping to promote various conservation efforts as well as responsible hunting and fishing methods.

It’s an opportunity I couldn’t pass up, but it doesn’t make it any easier to leave the world of sports writing behind.

This job has taken me from the Friday night lights in Shiprock, New Mexico, where I covered my first high school game after graduating from Southern Utah University, to Monday Night Football in San Diego. I covered a state semifinal playoff football game at a stadium called the Wool Bowl, and once stood at field level watching JJ Watt and Andy Dalton play in the Rose Bowl. I’ve covered state champions and Stanley Cup champions, Major Leaguers and Little Leaguers, and a little bit of everything from boxing to rodeos, and from gymnastics to auto racing.

I wouldn’t trade any of it for the world. And I never did it for the thrill of seeing my name in print. I did it for the athletes. They’re the stars of the show. Without them, there would be no stories to write. (I learned that the hard way last spring when all the games got cancelled because of COVID-19.)

Tooele County and its people will always hold a special place in my heart. When I first came to town back in November of 2014, I wasn’t sure how many stories I had left in me. Fortunately, former Transcript Bulletin editor Dave Bern and his successor, Tim Gillie, gave me a chance to rediscover just how much I loved being out there covering games and talking to athletes and coaches — something that got lost when this small-town kid from rural Utah found himself in the shadow of the big city in Southern California.

Six and a half years later, I can say that my career wouldn’t have felt complete if not for my time in Tooele County. To all the student-athletes I’ve covered over the years, I give you my heartfelt thanks. It has been my pleasure to watch you all grow up, and to be there for all your moments of glory.

It has truly been an honor to have spent the past 15 years living a dream. While this chapter of my life may be finished, it has given me an incredible starting point for the next one.

Thank you, Tooele County, for allowing me to finish with a flourish.

Darren Vaughan is the former sports editor for the Tooele Transcript Bulletin. Email him at Darren.Vaughan@utah.edu.