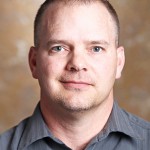 There is a magical place out west of Tooele along the Pony Express National Historic Trail that is unlike any other. This is a place of wide open spaces, dark star filled skies, mysterious desert mountain ranges and dirt roads that trail off into the distance.

Pronghorn antelope, wild mustangs, golden eagles, coyotes and many other kinds of animals roam and fly over this terrain and call this place home. The mountains in the area range from the low rocky sun blasted desert knolls such as Simpson Buttes to the 12,000-foot lofty summits of the Deep Creek Range where there are flowing streams and seven different kinds of coniferous trees.

This trail is steeped in history from thousands of years over the ages to the present time. The mountains in this desert bear the scar of pounding waves that have left their mark on the benches fully 800-1000 feet above the desert plain when ancient Lake Bonneville covered the entire area to a depth of 1,000 feet turning all the desert ranges in the area into islands. Ancient man lived and walked along the old shorelines of this lake along with the mastodon, giant buffalo, saber-tooth cat and giant cave bears.

A giant ancient river was cut through the center of this area when Lake Bonneville dried up leaving two large puddles. When one of these lakes drained into the other a channel that could hold the Ohio River with room to spare was gouged out for miles. It is now referred to as the “Old River Bed.”

Volcanic activity embedded gemstone crystals into rhyolite out at Topaz Mountain left plugs with surrounding lava flows in the Sevier desert. Strange geodes were formed thousands of years ago and deposited into rows along the western base of the Dugway Range by the deep currents of Lake Bonneville.

Out in the most inhospitable center of the desert is a veritable oasis known as Fish Springs, where surprising pools and their associated greenery and habitat attract millions of birds migrating between Canada and Mexico. There are large bullfrogs and muskrats in some of these ponds. The water and vegetation provide a home to rabbits and other small animals.

All along this route you will see different kinds of markers that denote you are on the Pony Express trail. The most notable are the tall obelisks that mark the old station sites that were erected by the boys in the Civilian Conservation Corps  back in the late 1930s and early 1940s.

Most of this work occurred from the base camp at Simpson Springs. It is interesting to explore the old foundations and rock walls that linger out in the sagebrush at that place.

Each Pony Express Station site has an abundance of history associated with it, and while it may seem like just a pile of rocks, a few tumbleweeds and some sunflowers bobbing in the wind — at one time the Pony Express Riders and Overland Stage charged between these places and made quick changes of mounts and teams and then continued on their way to California. Rain or snow, dark or light, danger of attack by the Goshute or Shoshone, these brave, intrepid, dedicated men pushed on through 24/7 and 365.

As you sit on a pile of rocks or on the base of one of these stations, here are some things to think about.

Native Americans once ruled this domain and figured out how to survive on the most meager of substances in one of the most inhospitable areas of North America.

When conflict arose between the Pony Express station men, riders for stagecoach employees and the Indians, the Cavalry troops, complete with banners flapping in the wind, would charge west hundreds of miles along the trail from their bases at Camp Floyd or Fort Douglas in an attempt to maintain order and ensure safe delivery of the mail.

Deputy sheriffs and federal marshals would travel hundreds of miles in pursuit of outlaws, killers, horse thieves, highwaymen, stagecoach robbers, Army deserters and all manner of other unsavory characters.

Sometimes the apprehensions would go just fine, other times the confrontations would result in a shootout.

Another kind of tracker, the Mormon Danite, most notably Porter Rockwell and Wild Bill Hickman would frequent these deserts. In the case of Rockwell, usually tracking some kind of criminal, but in the case of Hickman, usually running from Church authorities or the law.

This is a ghost desert and it is full of pioneer and Native American graves.

Cholera and other diseases decimated families as they were emigrating from the east looking for a new life in California. White bandits also preyed upon these travelers, robbing, murdering and plundering. The elements also took their toll on both white and Native Americans, but the Army in several instances brutally annihilated groups of Native Americans out in the desert. In several instances the Indians struck back, filling several graves of their own with soldiers and Overland Stage employees.

Some say that areas in this desert are haunted. The Old River Bed has some particularly well documented experiences that have convinced some of hauntings there. With history like that described in the beginning of this paragraph, it is not hard to believe in desert specters or apparitions.

There are hundreds, even thousands, of interesting stories that could fill volumes worth reading by the light of a fireplace in the comfort of your own home. The main attraction of the desert however is the peace, solitude and literal emptiness that is seldom found or experienced any more in today’s world.

The wonder of the dark desert sky filled with stars and galaxies from horizon to horizon without light pollution is something that cannot be adequately described. It must be experienced.

This resource will not last forever. In fact, I expect it will be gone within 100 years or less.

As technology advances, it will likely be settled like other areas of the country. It is just the way of things. Therefore, get out there now and experience it while you still can and get a glimpse and understanding of what the pioneers and Native Americans experienced, saw, loved and shed tears for, over a hundred plus years ago out in Utah’s West Desert.

If you go, be prepared. Make sure you have plenty of food and water. There are no conveniences of any kind along this route from Camp Floyd to Deep Creek / Ibapah.

Most of the route is unpaved. The road can be rocky, bumpy, dusty and rough. Most cars can make it but you will need to go slow and ensure you have a spare tire and you know how to change it. The suggested route is to start from Camp Floyd and travel west following the signs to Deep Creek and Ibapah which is a distance of over 100 miles. When you finish exploring the Deep Creek Valley, with its stunning views of the mighty Deep Creek Range, follow the Ibapah Road north about 30 or so miles to US HWY 93 and then follow US HWY 93 North to Wendover, Nevada.  At Wendover you will find food, fuel and all other conveniences. From that point you can return to Tooele Valley and the Wasatch Front via Interstate 80. The described route will take all of a very long day.

As the Greek philosopher Heraclitus said in 544 B.C., “You cannot step into the same river twice,” the same is true of Utah’s West Desert. It is always and never the same. Each different sunrise and sunset lights the landscape a little differently based on the time of year and changing seasons. Winter, spring, summer and fall all have their own magic and beauty that they bestow upon the land. So get out there and enjoy this amazing resource before it fades to a memory like all the other settled landscapes in this country.

This the first of a weekly installment series by Jaromy Jessop. Jessop has been a frequent contributing writer to the Transcript Bulletin. He enjoys sharing his enthusiasm for the West Deseret with our readers. Jessop grew up exploring the mountains and deserts of Utah and has traveled to all 50 states, U.S. Territories and a dozen foreign countries. He can be followed on Facebook at “JD Jessop” and on his Facebook group “American Tales & Trails.” Jessop retains the rights to his writing and photographs. His express permission is required for any reproduction.