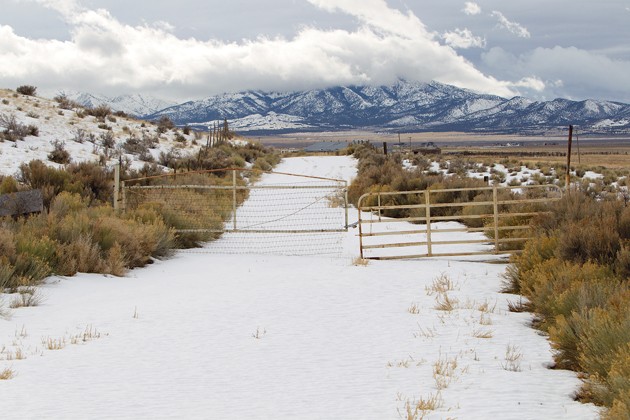 Tooele City will get $1.3 million for farm property it sold last week after a public hearing on the sale went without citizen comment.

Last Wednesday night at City Hall, the City Council approved a real estate purchase contract with Six Mile Ranch, Inc., for the sale of the 1,784-acre sod farm at 3409 N. Hwy. 36, in Vernon.

The City bought the farm for $810,000 in 1990 for future water development, according to resolution 2018-67, which approved and ratified the sale to Six Mile Ranch.

Six Mile Ranch is based in Grantsville and owned by the Bleazard family, according to Mike Quarnberg of New West Realty Group, LLC, in Grantsville. The city listed the property for sale with New West.

While presenting the resolution to the City Council, Tooele City Attorney Roger Baker said he was assigned earlier this year to market and sell the sod farm, but retain the water rights for future use.

The sale includes the property, plus existing buildings, home, corrals and outbuildings, according to the purchase agreement. The city will retain the farm’s certificated water right of 4,181 acre-feet (1.36 billion gallons) per year. The City will also retain existing water wells, water distributions systems and five acres of land for a groundwater protection area.

Baker said the City will also retain pipeline easements for a future possible pipeline. When the City bought the farm nearly 30 years ago, the plan was to someday build a pipeline from Vernon to Tooele to transport the water for municipal use.

“We don’t know how that will happen, if or when it may happen,” Baker said. “But when it does, we’ll need a way to get the pipe out of there, so the easement will just keep our options open. And we’ll retain an access easement as well so we can get to a well field.”

The appraised asking price for the farm was $1.25 million. In an interview Monday, Tooele City Mayor Debbie Winn said Six Mile Ranch was the only buyer that came forward and made the $1.3 million offer.

“And it’s worth every bit of that,” Winn said. She noted the extra $50,000 paid by the buyer may have prevented a possible bidding war for the property.

The mayor said proceeds from the sale will be held in “safe keeping” until a lawsuit between the City and a former lessee of the sod farm is resolved. She alluded the sale’s proceeds will be used for whatever outcome results from the lawsuit.

That lawsuit has been in and out of court since 2013. In the initial December 2016 trial, a jury awarded Aposhian Sod Farm $2.77 million and the City $137,000. The City appealed and a year ago then 3rd District Court Judge Robert Adkins offered a reduced judgment of $1.73 million or a new trial would be set.

After last week’s bench trial, 3rd District Court Judge Matthew Bates ruled that the City owed Aposhian $1.51 million for the value of its sod crop at the date of the contract’s termination, according to court records. A judgment has been scheduled for Feb. 11.

Winn said what ultimately happens to the sale proceeds will be decided by the City Council. She can make a recommendation, but the council will have the final say.

But when it comes to the future use of the water underneath the sod farm, that decision appears more certain to the mayor.

Tooele City purchased the Vernon property to acquire the water rights as a possible future water source,” Winn wrote in an email to the Transcript Bulletin on Monday. “Future growth of Tooele City will necessitate the need for more water. The plans to bring the water to the Tooele Valley in the near future are not cost effective at this time.”

And the City can’t sell the water either to recoup any losses it incurs from the lawsuit or related expenses. The Utah Constitution prohibits cities from selling water rights they acquire for future development.

Once water rights are in the name of a city, they must remain there, according to Baker. However, cities can trade water rights for other similar water rights owned by another entity.