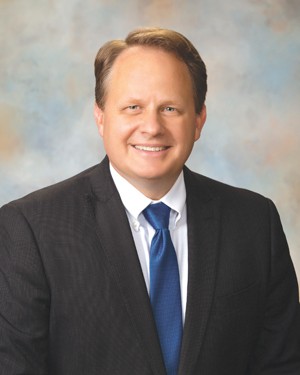 Over the past few months, the Tooele County Council has conducted a thorough search for the new County Manager position. Recruiting efforts included a nation-wide job posting resulting in applications submitted from 72 candidates across the country.

Video interviews were conducted with 29 of those candidates and a second round of interviews with the top seven candidates. The top two candidates were invited to the Tooele County Administration Building for a county-wide tour and additional interviews.

As a result of these recruiting efforts, Tooele County is pleased to announce Andy Welch as the new County Manager. He comes to us from Statesboro, Georgia, where he most recently worked for 20 years as the assistant county manager of Bulloch County. He brings a wealth of knowledge and experience in local government management and will be a great resource to Tooele County.

Welch and his wife Kristi, have five children. He loves spending time with his family and especially likes to play board games. He enjoys hiking, camping, and mountain biking, which he plans to do more of now that mountains will be so close.

He enjoys learning about and finding ways to use technology to inform and involve citizens in local government. One of his favorite quotes is “The only way to do great work is to love what you do.”

For the past 20 years, he has loved working in Georgia and looks forward to working with the Tooele County Council, county staff and the citizens of Tooele County. He and his family are excited to move to Tooele County and be part of the Tooele community.

Welch was offered an annual salary of $145,000, which is inline with other county and municipal manager salaries in Utah, according to Tom Tripp, Tooele County Council chairman.