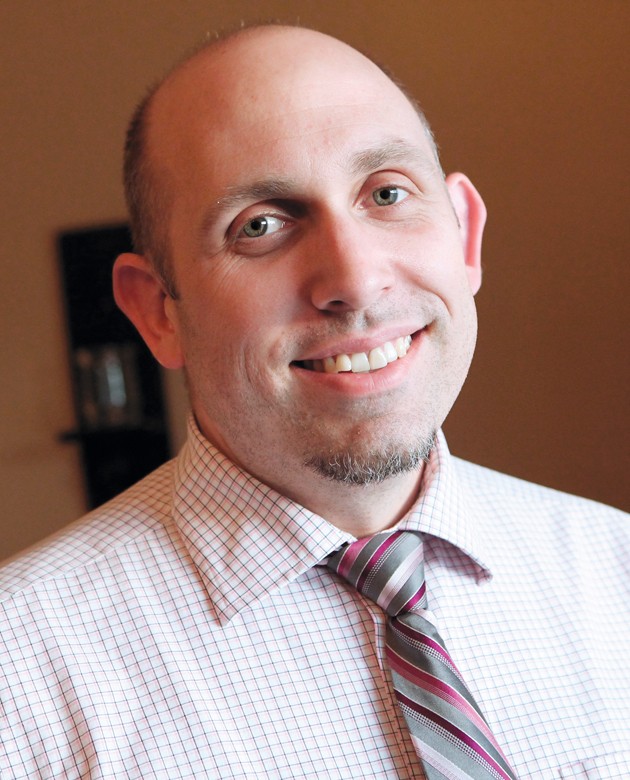 Erik Gumbrecht at his home in Tooele Wednesday. Members of the Tooele County Republican party elected Gumbrecht as their new party leader.

The convention at Deseret Peak’s Utah Firefighter’s Museum was attended by 77 out of 120 Republican county delegates.

The group elected Erik Gumbrecht as the party’s new leader by unanimous acclamation. He has been a state Republican party central committee member from Tooele County, a Republican precinct chairman, and chairman of the party’s civic action committee.

Gumbrecht plans to continue the local GOP’s aggressive efforts to elect Republicans locally and get the party and its members more involved in community organizations that build self-reliance.

In the 2012 election, Gumbrecht helped lead “Project DemoLition.” That initiative increased Republican voter turnout by targeting key precincts with a door-to-door campaign and promoting to vote by mail registration.

“We need to continue to utilize all tools and strategies available to ensure our nominees are elected,” said Gumbrecht. “This will be done using the tools given by the state GOP, using strategies which have benefited us historically, and seeking out new strategies.”

Self-reliance is a key to small government espoused by the Republican party, according to Gumbrecht.

“I believe self reliance and community involvement is the key to freedom and small government,” he said. “Our nation is a byproduct of its people. As a party, we believe stronger homes and families mean a stronger country. Our party would also like to become a recruiting arm to connect people to volunteer organizations and opportunities that fit their skill sets.”

Gumbrecht is wasting no time starting his call for community involvement.

“Monday, April 22 is Earth Day,” he said. “We would like all the residents in Tooele County to join us by getting their families together, dress up in red, white, and blue, and pick up litter around the county.”

Gumbrecht invites all families, even Democrats, to post photos of their family’s earth day projects on the Tooele County Republican Party FaceBook page.

“We’re all Americans,” Gumbrecht said. “And regardless of party, we all love our country and take pride in it.”