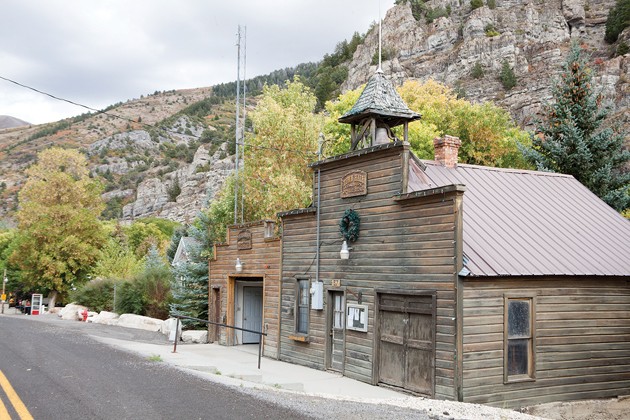 Ophir was disincorporated as a town in 2017 and the town’s assets became the property of Tooele County School District, according to state code.

October 14, 2021
Tooele County School District wants to give historical site to the county

On behalf of the school district, Tooele County School District Superintendent Scott Rogers made a presentation on historical Ophir during the County Council’s work session meeting on Tuesday night.

Rogers said the school district would like to gift the historical part of Ophir, including two cemeteries, to Tooele County.

“We are willing to enter into any kind of discussion about gifting or entering into some kind of agreement or partnership with the county relating to Ophir,” Rogers said.

In 2017, following a vote of Ophir residents, the Town of Ophir disincorporated. When a town disincorporates, the assets of the town are transferred to the school district that includes the former town, according to state law.

That’s how Tooele County School District became the owner of historical Ophir, the Ophir park and campground, and the Ophir cemeteries.

The school district has been successful at using the Ophir campground as an outdoor education facility for students, but have had less success with the historical parts of Ophir, according to Rogers.

“It doesn’t really belong under the umbrella of the school district,” Rogers said. “It’s a gem and a treasure that belongs to all residents of Tooele County and Utah.”

The property in historic Ophir includes seven lots — 50 by 100 feet — with four historic homes, and historic post office, an historic shoe shop, and a storage shed, the portion of Silver Avenue between these lots and the portion of Silver Avenue that holds the site’s restrooms, the lot with the historic town hall and the fire station attachment, the historic jail underneath the Town Hall, the flagpole memorial area, one empty lot being used by the Ophir Canyon water association for storing equipment, a recreated historic school building, four 50 by 75 foot lots on Main Street used to display mining equipment and welcome signs, and stewardship of the Historic Ophir Cemetery and the current Ophir Cemetery.

The two cemeteries are on land leased for $25 from the Bureau of Land Management. The school district stopped selling lots in the current cemetery, but there are still some people with lots that plan on being buried there, Rogers said.

The historical artifacts in the buildings are on loan from families and individuals with the understanding that the owners may reclaim them at any time.

The school district added Ophir to their property and liability insurance at a “minimal” extra cost, according to Rogers.

The school district has budgeted $4,000 for maintenance and $6,000 for docents in the past, with school groups and Boy Scouts helping with improvements and annual cleaning.

The Ophir Canyon Historic Site has traditionally been used for tourism and the County is the primary driver behind tourism in the County. At this point in time, the school district is building three new schools and existing school district funding needs to be applied to appropriate educational uses, Rogers said.

The county’s tourism consultants identified the Ophir Historical site as the third most popular tourism attraction among out of county Utah residents.

The County Council asked for a tour of the facilities, copies of any legal contracts or agreements related to the property and more information on costs associated with the property.