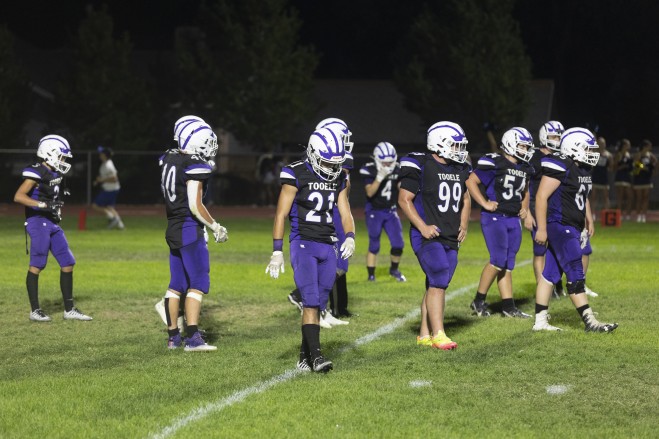 The Tooele Buffaloes dropped a 48-13 contest to the Bonneville Lakers to fall to 0-2 on the season.

After giving up a touchdown in the first quarter and another early into the second, Tooele was able to put together a scoring drive toward the end of the first half. Bonneville responded a few minutes later by tacking on another seven points with around two minutes before halftime.

Bonneville took a 21-6 lead into the break.

Things went downhill from there for the Buffaloes in the second half, as an early interception thrown by quarterback Jaxon Johnson led to a Bonneville touchdown to extend the lead to 27-6. The Lakers piled on another 14 points while blanking Tooele to end the third quarter with a 41-6 advantage.

In the fourth quarter, Bonneville stifled Tooele and held them off the board for around 11 minutes of the final frame while scoring another touchdown to rack up 48 points. It wasn’t until the last minute of the game that Tooele would finally add another score. At the end of the game, the Lakers pulled away with a 48-13 victory.

Senior Kaden Dean led all players on the Cowboys in the loss, recording 157 yards as punt returner. In his offensive role as quarterback, Dean went 6-14 in passing, posting only 62 yards and throwing for one touchdown.

The loss brings the Buffaloes to 0-2 on the season, with the team hitting the road next week to face Madison High School in Rexburg, Idaho Aug. 27 at 8 p.m.