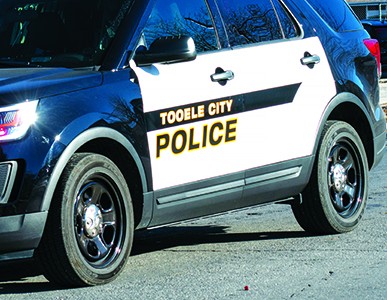 A Tooele man is facing a second-degree felony charge of mayhem after he allegedly bit off part of a teenage boy’s ear.

Tooele City police officers were dispatched to the area of 500 North and 500 West during the evening of Oct. 3, around 9:30 p.m. on a report of an assault, according to Det. Colbey Bentley, with the police department.

When officers arrived, they found a juvenile boy with about half of an inch of his ear bitten and hanging down, barely attached, according to Bentley.

The teen told officers that during a physical altercation with his mother’s boyfriend, 43-year-old William Ingram, Ingram bit some of his ear off, according to a probable cause statement.

The teen was taken to the hospital to have his ear repaired.

Ingram was booked into the Tooele County Jail on a second-degree felony charge of mayhem.

“Mayhem is a type of assault charge given when there is dismemberment of any part of the body, whether total or partial,” Bentley explained.