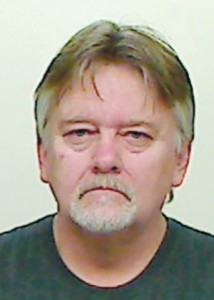 A Tooele man has been accused of allegedly downloading and sharing child pornography for the past decade.

According to a probable cause statement, an investigation by the Internet Crimes Against Children Task Force in February traced the IP address of someone offering to share images and video of child pornography to a computer belonging to Jeff Brower, 55.

Investigators got a search warrant for Brower’s home on March 7, where officers allegedly found several CDs containing hundreds of images and video of child pornography.

When questioned about the images, Brower waived his right to remain silent, according to the probable cause statement, and admitted to downloading child pornography for the last 10 years and saving the content on CDs.

Before being transported to the Tooele County Detention Center, he was examined by a doctor because of suicidal statements he made during his arrest, according to the probable cause statement.

Brower was charged last week with 10 counts of sexual exploitation of a minor, a second-degree felony. He made his first appearance in 3rd District Court Monday and will next appear on April 2.