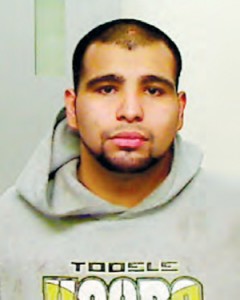 A local man has been arrested and charged with robbery for allegedly trying to shoplift from Macey’s Food and Drug in Tooele — and for reportedly throwing a stolen sausage at an employee as he tried to get away.

On Feb. 16, Jose Razo, 23, of Tooele tried to leave Macey’s with items he allegedly had not paid for when an employee tried to stop him, according to a probable cause statement. When confronted, Razo allegedly pushed the employee back and made a punching gesture at him. He then allegedly reached into his waistline to feign grabbing a firearm.

However, the employee continued to follow Razo, and Razo told the employee to stop following him. According to the statement, Razo next threw a large sausage, which he had taken from the store, at the employee.