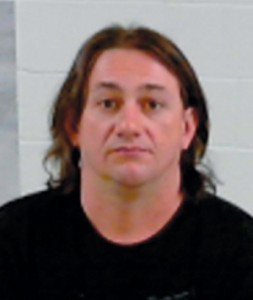 A Tooele man has been criminally charged for allegedly downloading child pornography.

Kurt Osterhout, 36, was charged last week with 10 counts of sexual exploitation of a minor, a second-degree felony.

According to an information of the charges, officers with the Internet Crimes Against Children task force served a warrant to Osterhout last August after a month-long investigation. As per the search warrant, Osterhout’s computers and other equipment were confiscated.

“Numerous” images and videos depicting children being sexually abused were allegedly found on the computers and devices. According to the information, when questioned about the materials, Osterhout allegedly admitted to downloading and possessing child pornography.

Tooele County Chief Deputy Attorney Gary Searle said although the number of files exceeded the 10 counts against Osterhout, he declined to file more because it would have been redundant and unnecessary to give a judge an idea of the case’s severity.

After the investigation into his computers was concluded, a warrant was issued for Osterhout’s arrest. He has since been released on $25,000 bail.