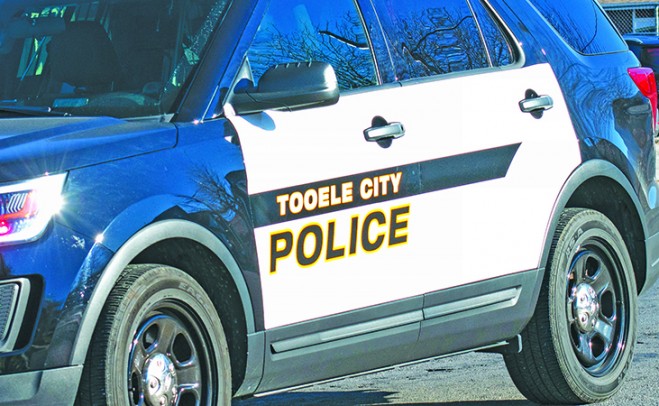 A Tooele man was arrested Tuesday for failure to stop when police tried to pull him over after recognizing him from a theft the night before.

A Tooele City police officer was in the area of 950 N. 100 East on Tuesday around 7 p.m. when he noticed a pickup truck that matched the description of a vehicle involved in a theft the night before, according to a probable cause statement written by the arresting officer.

The officer also observed that the vehicle had no license plate and there was one adult male in the vehicle. The officer proceeded to turn on his lights and make an attempt to pull the truck over, but the vehicle wouldn’t stop.

“I activated my overhead emergency lights, and observed that the vehicle was accelerating, and was clearly attempting to evade me,” the officer wrote.

The officer turned on his siren and the suspect still failed to stop.

While running from police, the man violated numerous traffic laws, including running a stop sign, running a red light, speeding, crossing over a solid white line to pass on the shoulder, failing to signal and others, according to the officer’s statement.

The officer pursued the vehicle for a short distance until a problem with the suspect’s vehicle occurred and it wouldn’t run anymore. As the vehicle was rolling to a stop, the suspect took off on foot while the vehicle rolled forward and back, striking another vehicle.

The officer ran after the suspect who was now running through yards in the area of Russell Avenue.

The male was later located, taken into custody and identified as 37-year-old Leo Lopez.

After looking Lopez up in the statewide database, the officer learned that he had a suspended license and a search of the vehicle’s VIN showed it was not registered, according to the statement.

Officers later learned that Lopez had injured his leg while running from his truck.

No charges for the theft the night before were mentioned in the statement.