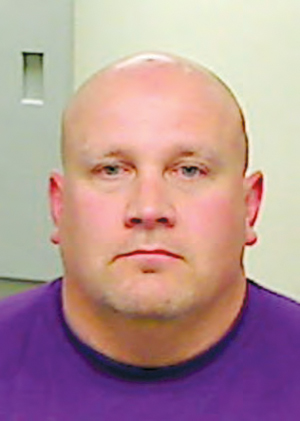 A Tooele man has been arrested and charged by the Utah Attorney General’s office for allegedly sexually assaulting a woman.

Chad Torgensen, 41, and his then-partner, had been having relationship problems in August 2011, according to a probable cause statement attached to a court information document. The victim had reportedly moved to a different room in the home.

On Aug. 22 of that year, the victim awoke to Torgensen allegedly having sex with her without her consent. The statement says he slapped her, pulled her hair, called her names, used profanity and accused her of infidelity.

Six days later, the woman awoke again to what she described to law enforcement officials as “an unbearable pain” that “felt as if someone were trying to tear out her uterus.” According to the document, Torgensen was restraining her and she saw him allegedly insert an object into her genitals.

In an interview with police, Torgensen confirmed that he had had sex with the woman on the first occasion and inserted an object during the second.

Last Thursday the Utah Attorney General’s Office charged him with rape and object rape, both of which are first-degree felonies. A warrant for his arrest regarding the charges was recalled Tuesday when Torgensen was booked into jail.

His initial appearance in 3rd District Court is scheduled for Monday. If convicted he could face a maximum sentence of life imprisonment.