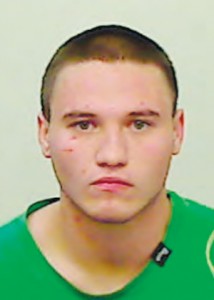 A Tooele man initially accused of stabbing people at a Halloween party last fall has been sentenced for another incident that occurred the same night.

In Third Circuit Court Tuesday, Gabriel Mascarenas, 19, was sentenced to up to five years in prison for choking a 17-year-old girl on Halloween following an argument near the Tooele City Cemetery and trying to hamper her attempts to call 911. The girl went unconscious and required medical attention from the incident. Mascarenas was also accused of going to a party that same night and stabbing two men. He was arrested and charged with attempted murder and aggravated assault resulting in serious bodily injury, both of which are seconddegree felonies.

Those charges, however, were dismissed last January after it was determined Mascarenas acted in self defense. Mascarenas pleaded guilty to one charge of thirddegree felony aggravated assault for the attack on the girl. Two other charges — unlawful detention, and damage or interruption of a communication device, both class B misdemeanors — were also dismissed as part of a plea agreement.

According to witness reports at the time of the police investigation, Mascarenas crashed the party and allegedly stabbed two men who reportedly tried to force him to leave. However, police discovered discrepancies in witness accounts during the investigation. Charges were not filed against other participants at the party.

In addition to prison, Mascarenas was instructed to enroll in an anger management program and a substance abuse treatment program.