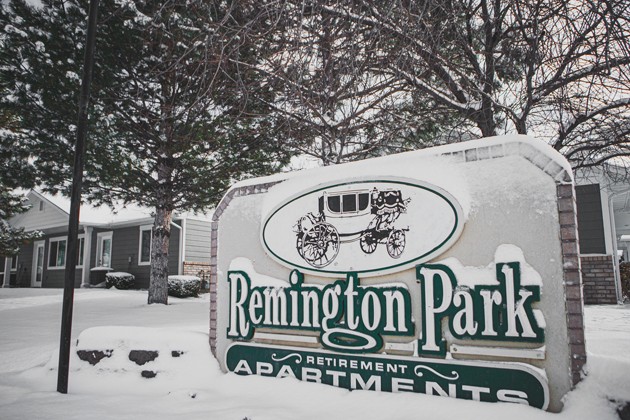 The Remington Park Apartments located at 495 W Utah Ave. Tooele City Police discovered an adult male body inside of a chest freezer and a 75-year-old deceased women when responding to a call for a welfare check at an apartment Friday, Nov. 22.

Body left in freezer between 18 months and 11 years, says TCPD ♦

An adult male body was found inside of a chest freezer at a deceased woman’s Tooele apartment Friday.

The body was found by a detective conducting a welfare check on an elderly woman’s apartment at the Remington Park Apartments located at 495 W. Utah Ave.

The welfare check was requested after a maintenance worker reported having not seen the woman for approximately two weeks, according to a press release from the Tooele City Police Department.

The call for the welfare check was received shortly before 11 a.m. When the officer arrived, he found the 75-year-old woman deceased on her bed, said Tooele City Police Sgt. and spokesperson Jeremy Hansen.

The detective began investigating the scene and found a deceased adult male inside the chest freezer. The man was confirmed by police to be the woman’s husband, Paul Edward Mathers, 69, of Tooele City.

The man is reported to have been inside the freezer anywhere from 18 months to 11 years, said Hansen. This time frame corresponds to witness reports indicating the last time a male was seen entering or leaving the apartment, he said.

Autopsy reports from the medical examiner have yet to indicate a cause of death for either individual or narrow down the time of death for the man, said Hansen.

Foul play is suspected and the case is still under investigation.