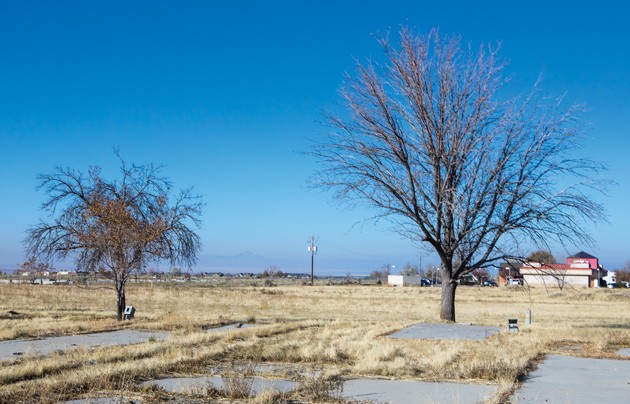 Tooele City’s Redevelopment Agency and developer M-53 have signed a sale extension to next month for the 33-acre property on the west side of Main Street near 1000 North because construction waste found buried at the site needs to be removed. A traffic study and site plan also need to be performed. M-53 has agreed to buy the property for $4.2 million from the RDA for commercial development.

The big retail development that has been talked about for years on the west side of Tooele City Main Street near 1000 North is still moving forward with groundbreaking plans set for next spring.

Randy Sant, the city’s redevelopment agency consultant, told the city’s RDA last month and again on Nov. 7 that several prospective tenants have signed letters of intent to lease buildings associated with the project.

“I know I keep saying this every time you hear me, but we’ve made tremendous progress,” Sant told the RDA on Oct. 17. “Except for the outpads, we have letters of intent of tenants for nearly every building.”

Outpads are retail buildings on the perimeter of a major retail project.

But because of soil issues discovered on site last summer and some other project-related concerns, the planned $4.2 million sale of the 33-acre property by the RDA to developer M-53 Associates of Salt Lake City has been pushed back to next month.

On Nov. 7, the city’s RDA — which is comprised of the city council and Mayor Debbie Winn — approved Resolution 2018-07, which extends the due diligence period to Dec. 21 with closing between the RDA and M-53 set for within 15 days afterward.

This is the second approved extension since the RDA announced plans last April to sell the property to M-53 for commercial development. A real estate purchase contract was signed between the RDA and M-53 on April 13 with closing to occur 90 days from that date after a due diligence period on the property to determine the project’s viability.

The first due diligence extension to Oct. 15 was granted by the RDA on Aug. 1 with a closing deadline set for Nov. 1.

In an interview Monday with the Transcript Bulletin, Sant said the second extension was needed because approximately 40,000 cubic yards of construction waste was found buried on the property in August during a geotechnical study.

“We’re in the process of determining how best to remove the waste,” Sant said. “We’re looking at either having it all hauled away, or having the soil screened and then just the waste removed.”

Sant said the RDA and M-53 are waiting for contractor bids to come back on the removal project. He said the construction waste is buried to a depth of 18 feet in some areas of the site. He also said it is typical for the seller to be responsible for such remediation work, but that concern is being discussed between the RDA and M-53.

He said the extension was also granted because a traffic study needs to be done and the RDA wants to see a site plan from M-53 for the overall project.

“We received that site plan from M-53 a week ago,” Sant said. It now will undergo RDA review.

Yet despite the delays, Sant said Monday that six of seven buildings, which comprise nearly 100,000 square feet of retail space, have now signed letters of intent from several retailers.

Meanwhile, work continues to attract even more retailers and restaurants for the overall 140,000 square-foot development. Sant said the work includes attracting businesses that local residents currently have to travel to Salt Lake City for. One of those is clothing apparel for women and men, he said.

The city’s RDA bought the property for $5.1 million in 2015 from Gilad Development to assure the site — deemed a prime commercial/retail location in the city — wouldn’t be developed only for residential use.

The $4.2 million sale price to M-53 includes a stipulation that if M-53 does not begin construction within two years after closing, it must pay the RDA another $1 million.

But Sant said groundbreaking is still scheduled for next March or April with the first stores to open in summer 2019.