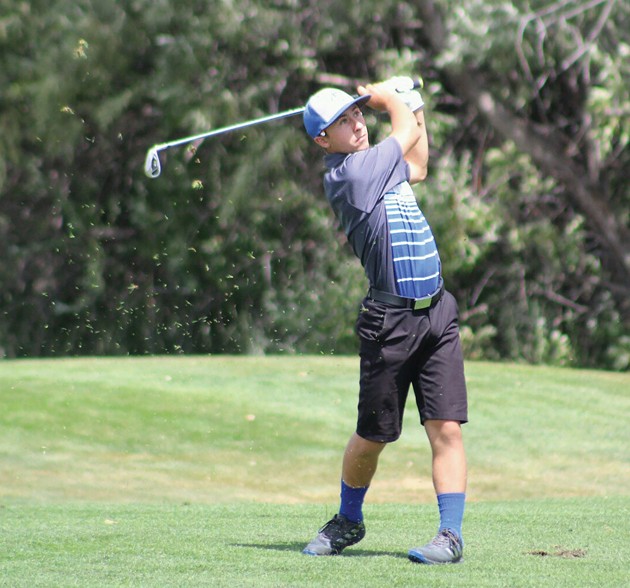 The boys golf teams from Tooele and Stansbury high schools lit up the course at River Oaks Golf Course in Sandy on Tuesday, finishing second and third, respectively, in the first Region 10 match of the season.

Tooele finished with a team score of 313, just three strokes behind first-year school Cedar Valley. The Buffaloes were led by Ashton Morrill and Luke Begnaud, who each shot 75 and tied for fourth place individually, seven strokes off the lead as Cedar Valley’s Caden Dunn shot a sizzling 68. Dallin Calister shot 80 and finished in a tie for seventh place, with AJ Griffith rounding out the team score with an 83. Cache Holmes shot 89 for the Buffaloes, but did not figure into the team score.

Stansbury posted a team score of 320, just 10 strokes off the pace and 14 strokes ahead of fourth-place Uintah. Braydon Griffith finished second overall with an 18-hole score of 72, with teammate Peyton Thevenot two strokes behind in third place with a 74. Hunter Luke shot 85 and Cole Clawson posted a score of 89 for the Stallions. Other players for Stansbury  included Drew Knudsen (89), Dan Estes (92), Ty Taylor (92), Joseph Luke (92), Tayson Alder (93), Coy Bingham (102), Cooper Jones (104) and Brock Shepherd (105).

Uintah posted a team score of 334, followed by tournament host Juan Diego (372), Ogden (386) and Ben Lomond (411). The teams competed again Thursday at Dinaland Golf Course in Vernal, with Uintah hosting the tournament. They will be back in action Monday at El Monte Golf Club in Ogden in another region match hosted by Ben Lomond.