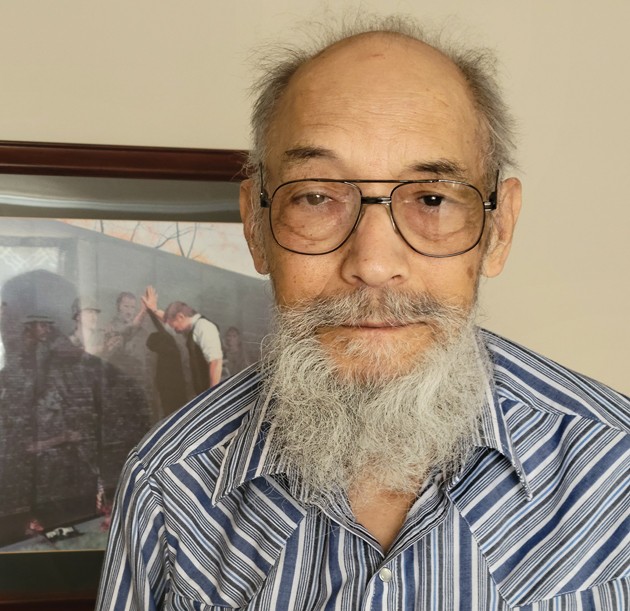 Richard L. Lewis will lead Tooele’s Independence Day parade after being chosen as the grand marshal by Mayor Debbie Winn.

Lewis was born in Salt Lake City on Oct. 10, 1947. He attended school with his three sisters and one brother at South High School.

In Nov. 1965, at the height of the Vietnam conflict, he joined the United States Army knowing he would probably be sent to Vietnam. Lewis’ guess was correct and he proudly served two tours in Vietnam, with the first taking place from Dec. 1966 to July 1968 with the First Cavalry. Lewis returned home with the title of Staff Sergeant.

His second tour took place from march 1969 to Sept. 1970 with the Americal Division where he was a Section Chief.

While in Vietnam, he was awarded two Bronze Stars, which are given for heroic achievement or service.

Lewis was discharged from the Army in Oct. 1972.

After being discharged, Lewis moved back home and took a job driving trucks. He drove until he met Connie Barton on a blind date in May 1977. By September of the same year, they were married and he quit his truck driving job to start working at National Lead, now known as MagCorp.

Lewis worked at MagCorp for 25 years, finishing off his working years at Tooele Army Depot, first as a security guard and then as an ammunition inspector, one of his favorite jobs.

Lewis and his wife will be celebrating their 45th anniversary in September. They have two boys and a nephew [Hamilton], who they enjoy being involved with. During their childhood and teenage years, Lewis and his wife were always traveling to soccer, baseball, and football games, along with wrestling tournaments, school plays, and band trips to support their sons and nephew.

After his boys moved out, Lewis bought a motorcycle and joined Bikers Against Child Abuse. He became a supporter in Oct. 2004 and then became a patched member in April 2006. Lewis said being a part of BACA is the most rewarding job he has ever had and he hopes it’s not necessary one day. Lewis goes by the nickname “StrayDawg”.

“Rick is one of my heroes and an all-American hero,” Hamilton said about his uncle. “His service to this country allowed us the freedoms we have today, the freedom abused children find with the work he does for Bikers Against Child Abuse. From his battle with diabetes to his battle against cancer, Rick is a fighter. ‘Straydawg’ is admired for his stubbornness, his kindness, and his softness for the innocence of children. I’m honored to be a true American hero’s nephew!”

Lewis will be seen on July Fourth at the front of the Tooele parade.