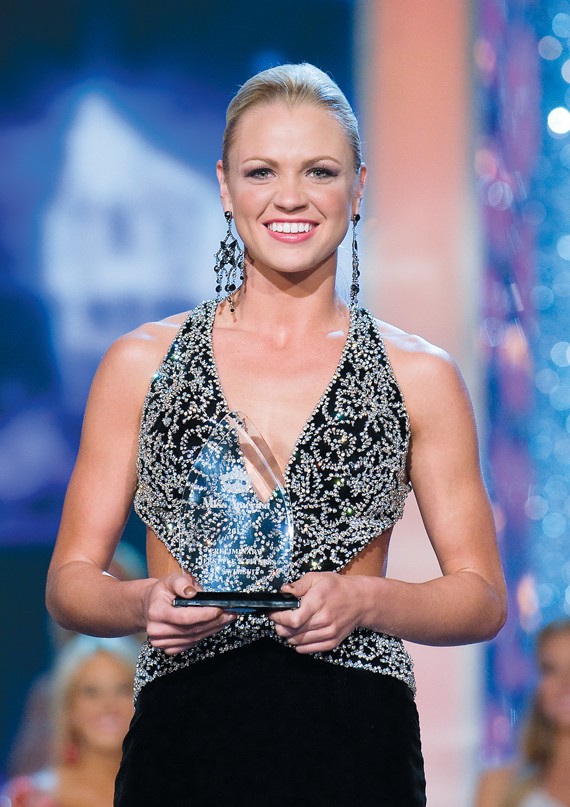 She may not have won the coveted crown and sash, but Danica Olsen made Tooele proud at the Miss America pageant this year.

The Tooele native, representing the state as the 2011 Miss Utah in the national pageant, vied with 51 other contestants for the title of Miss America last January — the first Tooele resident to win Miss Utah, let alone be in such a position. The Tooele High School grad and former Sha-Ronn started out strong in the week-long competition, winning the preliminary Lifestyle and Fitness competition on Jan. 10. For that win, she was awarded a $1,000 scholarship.

After participating in other preliminary contests, Olsen competed in the televised competition on Jan. 14. Although she did appear onscreen in the beginning and was visible several times throughout the broadcast, Olsen was not one of the 15 finalists.

Olsen said despite not winning the competition, she treasures the once-in-a-lifetime experience.

“More than anything I’ve realized what it offered me and the tools that it gave me to be a stronger individual,” she said. “I also realized that it brought the best out of me, and I’m really thankful for that.”

Though not Miss America, Olsen returned home to do her duties as Miss Utah, particularly in promoting her platform, which was preventing prescription drug use. Since turning over the tiara to Orem resident Kara Arnold on June 16, Olsen has returned to her studies at Utah Valley University, from which she took a year-long hiatus to allow her to fulfill her Miss Utah obligations and prepare for Miss America. She is scheduled to graduate from the university in spring of 2014. Olsen has also since become a Utah Nu Skin Jazz Dancer, and performs during Utah Jazz home games.

For other girls who have their eye on the crown, Olsen’s advice is simple: Don’t give up.

“I would tell them to never give up,” she said. “I had to not give up so many times and I finally was able to make it to where I wanted to be. There were so many times when I could have thrown in the towel. But the second you give up, everything changes.”