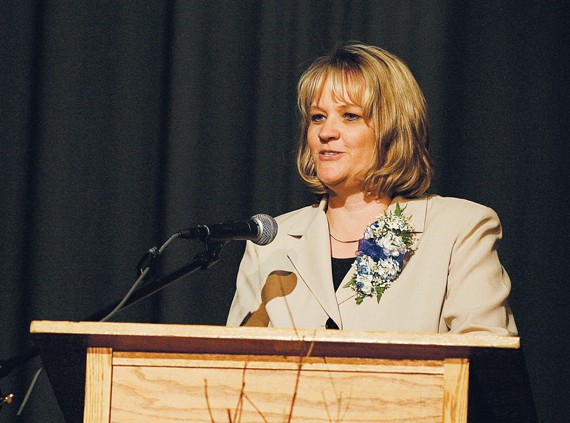 The Tooele County Chamber of Commerce’s executive board voted to fire Debbie Winn in September. The reason for the firing still hasn’t been explained.

The Tooele County Chamber of Commerce’s executive board took the community by surprise this year when it fired Debbie Winn, the chamber’s well-known executive director, from a post she’d held for seven years.

The vote, which took place in September, was unexpected, and the reasons behind it have not been explained.

“As sad as it is to say, Debbie Winn is no longer an employee of the chamber,” Jed Winder, chairman of the board of directors of the Tooele County Chamber of Commerce, said in September. “We appreciate all that she did while she was here at the chamber.”

Winn started at the chamber as executive director in September 2005 after working in advertising sales for the Tooele Transcript-Bulletin. During her tenure, the chamber launched several new programs, including a tourism website, the Taste of Tooele event, the Come Together campaign and Bright Friday, a marketing effort to promote local holiday shopping.

Winn’s firing created a schism in the business community between her supporters and detractors.

“Jared’s background will help the chamber’s board of directors as we take the Tooele County Chamber of Commerce to the next level,” Winder told the Transcript-Bulletin.

Hamner came to the chamber from West Ridge Academy, a residential treatment center for teen boys and girls, where he had worked as the school’s principal for 16 years. He holds a bachelor’s degree in business economics from Indiana University, and originally moved to Utah in 1994 to take a management position with Federal Express. He had also served on the board of directors for the West Jordan Chamber of Commerce for 12 years.

“It looked like a great opportunity to help develop a prosperous community here in Tooele County,” Hamner said. “I knew from serving on the West Jordan Chamber of Commerce board of directors for 12 years that an effective chamber can help business to be successful which sets the foundations for a strong community in many ways.”

Hamner said he plans to bring the best of what he learned from the West Jordan Chamber and other chambers across the country to Tooele.

“We need to engage our members more in the chamber and its activities,” Hamner said. “While chamber members are busy running their own business we need to find out what their passions and skills are and put them to use in the chamber.”

Winn said she is negotiating with the chamber to have her termination classified as a mutual resignation, and has applied for a vacant seat on the Tooele City Council to be filled next week.