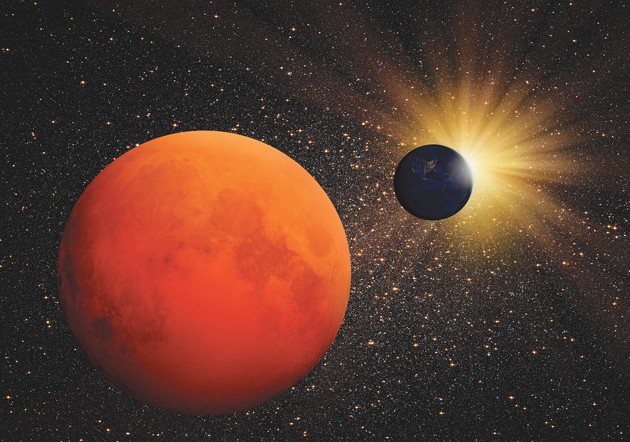 The dark side of the moon with Lunar eclipse and planet Earth in the background.

Nothing more required ‘than a desire to look and clear skies’ ♦

The moon will disappear on Sunday, but it’s not the end of the world.

On the evening of Sunday, May 15, Utahns will be treated to a total eclipse of the moon, according to Patrick Wiggins, NASA solar system ambassador.

Eclipses of the Moon happen when the Moon passes into the shadow of the Earth.

“The best viewing will be from locations with a very low southeastern horizon and away from the glare of urban light pollution. Most everyone in Utah will be able to see at least parts of the eclipse,” Wiggins said.

The schedule for the eclipse is:

8:27 Partial eclipse starts but Moon below the horizon

9:29 Total eclipse starts but Moon on or slightly below the horizon

10:11 Maximum eclipse with Moon low in the SE sky

Wiggins said that since this eclipse will happen so close to sunset and with the moon so low in the sky, observers — especially in light polluted areas — may not see the colors usually associated with total lunar eclipses.

However, Wiggins noted that another total lunar eclipse is coming up in November. That one will happen when the moon is higher up in a much darker middle-of-the-night sky.

Unlike eclipses of the sun that require special viewing equipment, eclipses of the moon are safe to observe with no special equipment and require nothing more than a desire to look and clear skies, according to Wiggins.