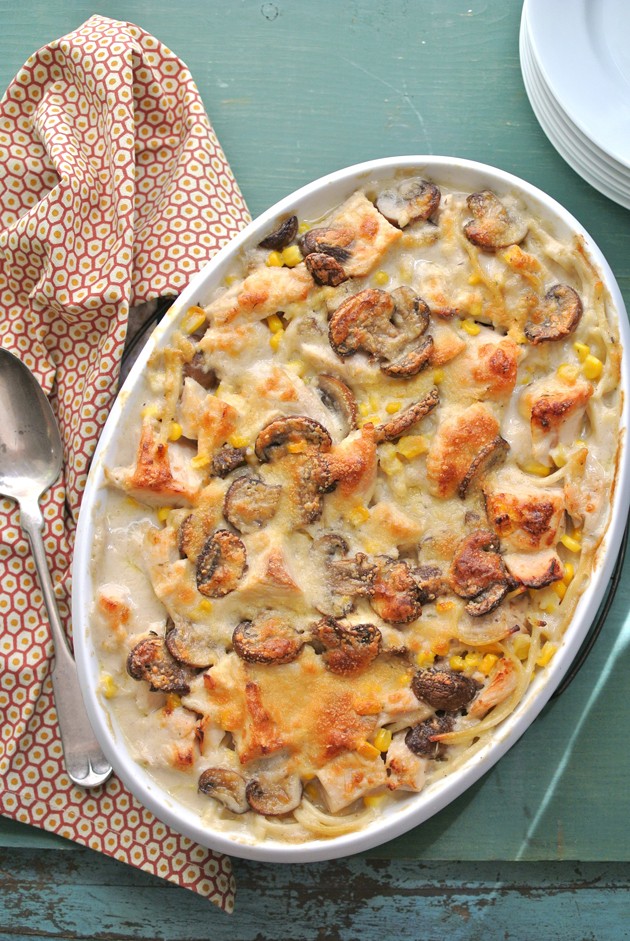 There is something about opera singers that sends chefs scurrying to their stoves. In 1892, Auguste Escoffier, chef extraordinaire at the Savoy Hotel in London, was so taken with Australian soprano Dame Nellie Melba that he created Peach Melba, an ice cream sundae with peaches and raspberries. In Baltimore in 1987, Mimmo Cricchio, chef-owner of Da Mimmo, tossed together a tortellini dish with roasted peppers and dill for tenor Luciano Pavarotti.
Chicken Tetrazzini, too, is connected to a singer. Food historians say the dish was created in San Francisco and named for Luisa Tetrazzini, an enormously popular soprano in the early 20th century. It’s a real crowd pleaser of a casserole and a perfect dish to make with leftover Thanksgiving turkey. Golden brown on top and bubbling at the edges, the dish makes a spectacular presentation. Set it on a trivet when it comes out of the oven and use a large spoon for serving.

Turkey Tetrazzini
Breaking the spaghetti in half before adding to the pot makes it easier to serve. To thaw the corn, you can empty it into a strainer and drain the hot spaghetti over the top. After rinsing, transfer the pasta to the baking pan.