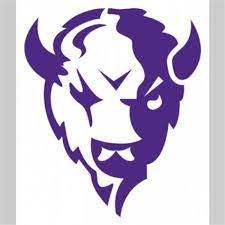 Seeking its first win of the season, the Tooele High School Buffaloes took to the road to face the Madison Bobcats in Rexburg, Idaho on Saturday night.

In the first quarter Madison scored the lone touchdown, capitalizing on a Tooele fumble to go ahead 7-0 early on. In the next frame, both teams exchanged touchdowns and Tooele managed to complete a two-point conversion on its drive, bringing the score to 8-14.

That was as close as the game would get, however, as the Bobcats tacked on one more score late to end the half at 20-8, then added another seven points early in the third to pull ahead by 19 points.

After being unable to muster any offense over the majority of the second half, Tooele broke through the endzone in the last four minutes of the fourth quarter to bring the score to 35-14. Despite recovering a fumble late in the quarter, and getting the ball down to Madison’s 20-yard line, the Buffaloes were again stifled by a turnover when the Bobcats intercepted a pass with less than a minute to go to seal the 35-14 victory.

In a game that was ultimately decided by turnovers, the Buffaloes saw its record on the season drop to 0-3. Although Tooele’s quarterback Kaden Dean threw for more yards than Madison, it was the Bobcats’ ground game and points off turnovers that kept the game out of reach.

Madison recorded 260 rushing yards to Tooele’s 149, with the Bobcats scoring every touchdown on the ground. Though turnovers were close for both teams, with Tooele giving the ball away three times and Madison twice, one of Tooele’s fumbles led to a Bobcats touchdown and the game’s lone interception cost Tooele a potential scoring drive.

The Buffaloes will once again be on the road this Friday, making a stop in Midvale to play Hillcrest on Sept. 2 at 6 p.m.