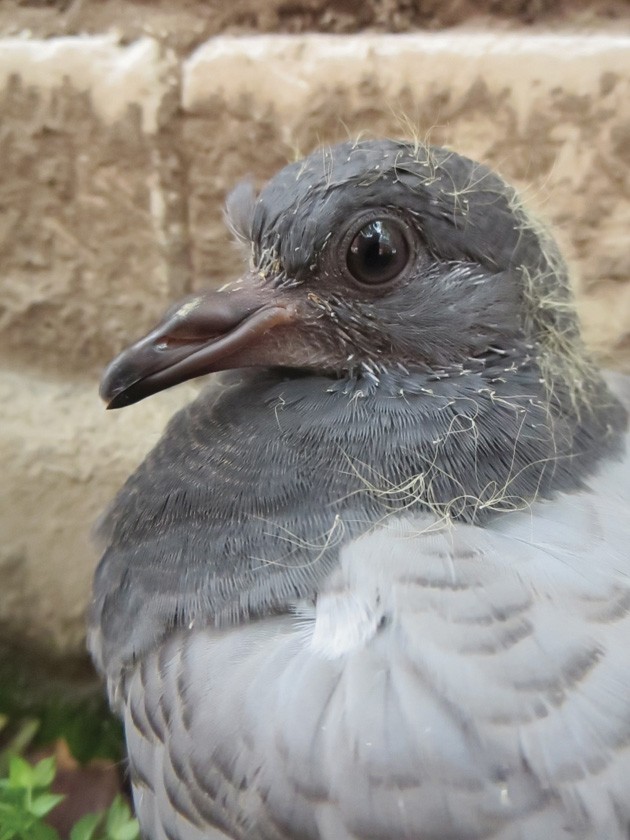 A young rock pigeon sits on the ground in a Tooele County back yard. The pigeon was photographed and left untouched.

April 30, 2015
Useful in past wars, carrier pigeons were an excellent communication resource

Known as a successful tactic for communication, carrier pigeons, also known as domesticated rock pigeons, were used in various wars due to their reliable transportation of objects in short periods of time and vast distances.

Scientists say that carrier pigeons are capable of relocating places even when blindfolded and placed in unfamiliar locations because of a mineral called magnetite, which is located in their beaks. It is thought that because of this mineral, carrier pigeons are able to navigate through their travels. It is also said that they may use stars, roads, landmarks, polarized light, smell and the angle of the sun to help orient them to find their way back.

Carrier pigeons that were trained for war communications purposes would transport things such as messages, photos, maps or reports. Objects such as these were placed in a small tube attached to their leg or in a larger tube strapped to their back. Sometimes they were even used to carry small cameras to fly over and photograph enemy lines.

Carrier pigeons bred and trained to find their way back to a familiar area from an unfamiliar release point begin training when they are four weeks of age. Raised in what is called a loft, carrier pigeons are taught to return, and they do so not only because it is familiar, but also it is their place to be fed or to return to mates. The loft is moved daily so the pigeons in training can familiarize themselves with the land where they are located. After eight weeks of this, carrier pigeons become ready to be taken from the loft and carried around until needed to deliver a message back to their original loft.