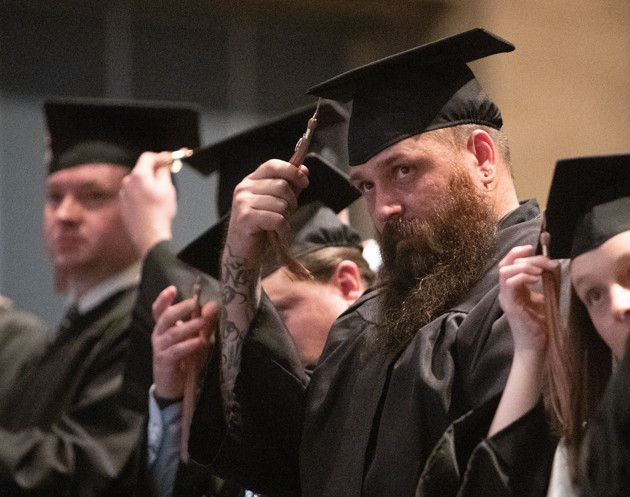 March 24, 2020
USU-Tooele commencement may be rescheduled for September

Graduates from Utah State University’s Tooele Regional Campus may be able to walk across the stage in cap and gown to pick up their diplomas after all.

Utah State University announced Monday that it plans to reschedule all of its commencement ceremonies — at the main campus in Logan, as well as at its statewide campuses in Tooele, Nephi, Brigham City, Moab, Blanding, Price and Vernal.

The announcement comes after all public colleges and universities in the Utah System of Higher Education canceled or postponed their respective ceremonies on Wednesday in light of the COVID-19 pandemic. This includes USU, Weber State University, the University of Utah, Utah Valley University, Southern Utah University, Dixie State University, Snow College and Salt Lake Community College.

Brigham Young University also has canceled its public commencement and convocations, and Westminster College has postponed its ceremonies to a date to be announced.

“We got a lot of feedback from students that they were really interested in some sort of an in-person event,” USU spokesperson Emilie Wheeler said. “A lot of them wanted to be on campus to take pictures and wear their caps and gowns, have their names read as they walked across the stage, so we knew that it was important and we wanted to somehow find a way to honor the graduates.”

Commencement ceremonies for Utah State’s main campus are tentatively rescheduled for Aug. 28-29 in Logan. USU has requested that its statewide campuses search for dates in the first two weeks of September for their ceremonies.

“The reason that [the statewide commencements] are going to be coming after the Logan ceremony is that in the case of this pandemic still being a situation that warrants us having to cancel events, we wanted to cancel the big one first,” Wheeler said. She added that the university didn’t want some campuses to have their ceremonies only to have others canceled later.

“We did hear a lot of disappointed reactions,” Wheeler said of the original cancellation announcement. “The vast majority of people really understand the situation, and I think it brought it home for a lot of people — how serious this is. There was a lot of disappointment from students, parents and faculty members, because they really like to see their students have that completion.”

Wheeler said the individual campuses will have more information about new dates and locations for their ceremonies in the weeks to come.