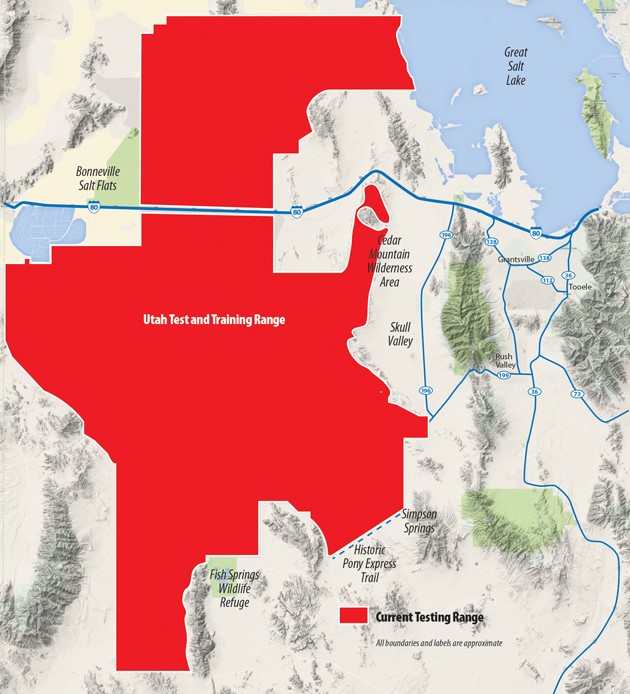 January 12, 2021
Utah Test and Training Range to be renamed to honor Rob Bishop

In 2016, the Utah Test and Training Range in Tooele County’s West Deseret got bigger, now Congress is looking at giving the roughly 1.7 million acre range a new name.

“Throughout his time in Congress, Mr. Bishop was a strong and consistent advocate for Hill Air Force Base, Utah Test and Training Range, and our veterans. No one stood stronger in defense of our men and women in uniform. I can’t think of a better way to honor the work and legacy of my good friend than renaming this indispensable military asset after him,” said Stewart in a written statement released following the bill’s introduction.

BIshop retired from Congress this year after 18 years of representing Utah. He also served in the Utah House of Representatives from 1978 to 1994 where he served as Speaker of the House from 1992-1994.

In a speech on the Senate floor on Dec. 11, Sen. Mitt Romney said he would introduce a Senate bill to rename the UTTR in honor of Bishop.

UTTR is the largest block of contiguous restricted-use airspace in the continental United States.

It occupies 2,624 square miles of ground space and 12,574 nautical miles of airspace, including a significant portion of Tooele County’s West Desert.

The UTTR’s large airspace, exceptionally long supersonic corridors, extensive shoot box, large safety footprint area, varying terrain, and remote location make it an invaluable national asset in terms of both its training and test mission capability in support of the Department of Defense, according to the DOD.

The UTTR is also the only location capable of supporting overland testing of cruise missiles. The UTTR is used in a training capacity for air-to-air-combat, air-to-ground inert and live practice bombing and gunnery training by DOD aircrews.