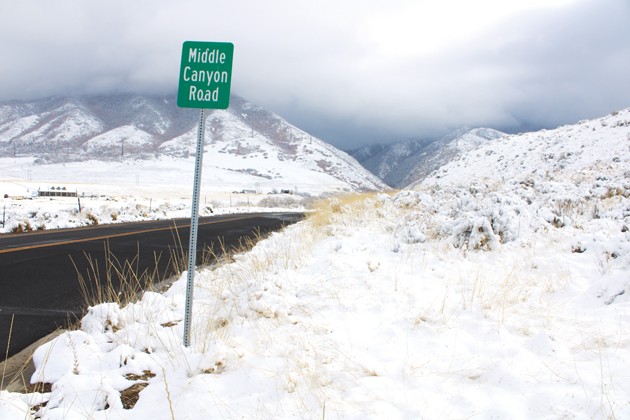 A Sunday snowstorm offered reprieve from several months of below normal precipitation in Tooele County and Utah.

The snow was a good sign statewide with a few more storms in the forecast for the rest of the week.

“I don’t want to give the wrong impression. It’s not enough snow to get us out of severe drought conditions, but it helps. We would need several more storms like this,” said Jordan Clayton of the National Resources Conservation Service’s Snow Survey.

Precipitation in October for Tooele Valley and the West Desert was much below average at 13%, according to the Utah Water & Climate Report. Soil moisture was at 9% compared to 18% last year. At the end of October, Grantsville Reservoir measured at 31% capacity with Settlement Canyon Reservoir at 29% capacity.

The report showed the 2021 water year, which begins Oct. 1, was off to a poor start in Utah’s Valley locations, with most basins recording no accumulated precipitation.

The statewide accumulated precipitation during October was just a scant 0.1 inches. This was reflected in the very low soil moisture levels in almost all locations. The continued dryness was also reflected in the extended fire season and extreme drought conditions. All of the state is now in Moderate Drought (D1) or worse, and unfortunately 28.8% of the state is in the Exceptional Drought (D4) category (which is the worst rating given).

“Hopefully, the coming weather pattern change will start to erase some of these deficits, but it will take more than this one storm cycle to begin to improve Utah’s drought situation,” Clayton said.