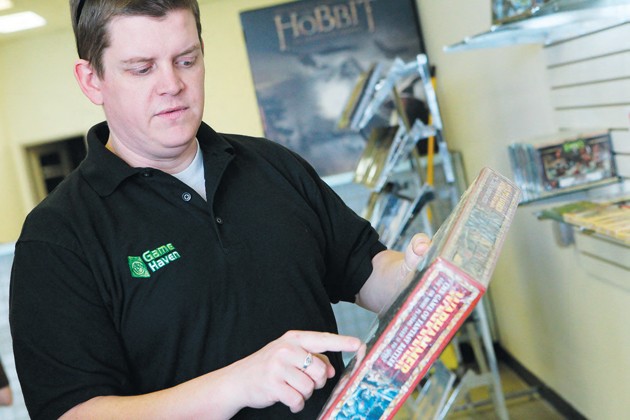 Two Salt Lake County residents have chosen Tooele as the home for their Game Haven store.

“I’m a self-confessed geek,” said Geoff Dearing of West Jordan, who along with Riley Charlesworth of Draper, owns the Tooele Game Haven store. “I love games.”

The store’s events include tournaments for Yugioh and Magic and designated nights for a Pokémon league, role-playing games, miniature tabletop games, and open game nights.

The store carries a variety of board, card and miniature games. Store staff will also track down from distributors hard to find and out of print games on request.

Dearing, who started the first Game Haven store, said he noticed a lot of people from Tooele County coming to other Game Haven locations. This gave him the idea to check out Tooele as a location for expansion.

While neither Dearing nor Charlesworth completed a market study specifically on gaming in Tooele County, the size of the community along with their experience, indicated a demand in the area for a board game store, they said.

“This location is great,” said Dearing, who has been in the game store business since 1996. “We have Main Street visibility but we don’t need a lot of foot traffic. Game stores are a destination store. Once people know where we are, they will come to us.”

With the game playing area in back of the store, Charlesworth said the vision is to make the place a family fun center.

“Board and card games are a popular family activity in Utah,” he said.

Charlesworth and Dearing, along with a friend, spent over 300 hours cleaning, painting, and removing walls to transform the former Rockstar Pet store into Game Haven.