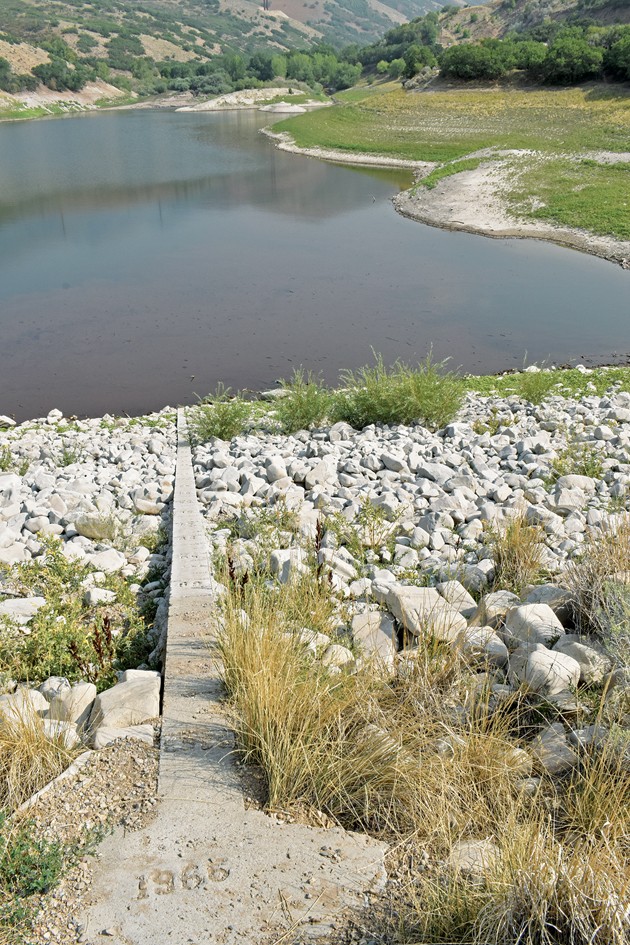 With the majority of Tooele County listed as extreme drought by the U.S. drought monitor, Grantsville Irrigation Company has shut off water.

The Grantsville Irrigation Company shut off water, as previously announced, on Sept. 20 with Grantsville Reservoir at 39% of capacity, which is around 30% of its average level.

The Sept. 20 shut off date was almost a week earlier than 2019, which was also a dry year. The average shut off time has normally been around early to mid-October, according to Irrigation Company officials.

“We’re going on a week by week basis,” Clegg said.

With no scheduled shut off date, Settlement Canyon hopes that with restrictions in place they will make it to the first or second week of October, according to Clegg.

The official end of the water year is Thursday.

The Tooele Valley-Vernon Creek Basin sits at 68% of normal annual precipitation as of Tuesday morning. There is no rain in the forecast for the next two days to change that total precipitation for Tooele’s water year.

The Department of Natural Resources reported on Sept. 20 that the state would need 7.5 inches of rain by the end of September to reach average precipitation for the year.

Statewide water watchers at the Department of Natural Resources refer to this summer as “some of the worst water supply conditions on record” and warn that it will take an above average snowpack this winter to refill reservoirs.

Thirty-two of Utah’s largest 42 reservoirs are below 55% of available capacity, the same

as last week. Overall statewide storage is 48% of capacity, slightly less than last week, according to the DNR.

The Great Salt Lake’s water level was about 8 inches below the record low as of Sept. 20.

The program assists agricultural producers by providing loan funds to help them address extraordinary circumstances related to drought that have resulted in production losses between Governor Cox’s declaration of a drought disaster on May 15, 2021 and April 1, 2022.

The timeframe may be extended pending UCC approval.

Crop producers may seek reimbursement for crop loss if they can document a 50% loss since the declaration of drought disaster compared to their average  production over the prior three years.

More information on the program is available on the state Department of Agriculture’s website at ag.utah.gov.