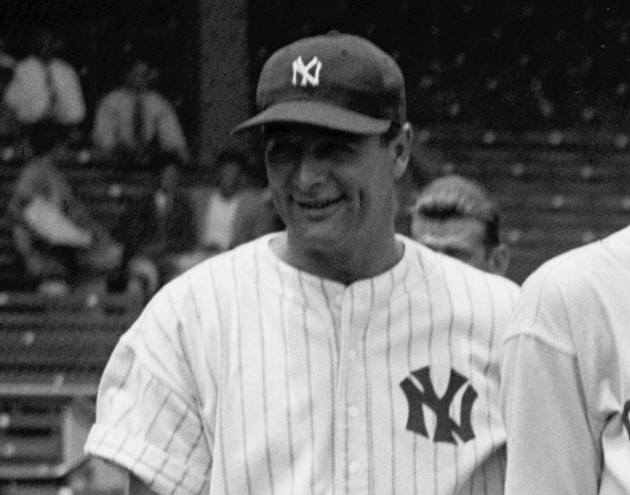 • On Aug. 16, 1920, Cleveland Indians shortstop Ray Chapman is struck in the temple by a ball pitched by Carl Mays of the New York Yankees. He died 12 hours later. After Chapman’s injury, it was mandated that scuffed or discolored balls be replaced with new white ones, making them easier to see.

• On Aug. 17, 1933, New York Yankees first baseman Lou Gehrig plays in his 1,308th consecutive game, breaking former Yankee Everett Scott’s record for consecutive games played. Gehrig would go on to play in 2,130 games in a row, setting a record that would stand for over half a century.

• On Aug. 13, 1948, U.S. and British planes airlift a record amount of supplies into sections of Berlin under American and British control. Despite terrible weather, crowded airspace and exhaustion of the pilots and crews, more than 700 British and American planes brought in nearly 5,000 tons of supplies.

• On Aug. 12, 1953, less than a year after the United States tested its first hydrogen bomb, the Soviets detonate a 400-kiloton device in Kazakhstan. Known as the “Layer Cake,” the bomb was fueled by layers of uranium and lithium deuteride, a hydrogen isotope.

• On Aug. 15, 1969, the Woodstock Music Festival opens on a patch of farmland in White Lake, New York. By the time the gates opened, more than 400,000 people were clamoring to get in. Those without tickets simply walked through gaps in the fences, and the organizers were eventually forced to make the event free of charge.

• On Aug. 11, 1973, “American Graffiti,” a nostalgic coming-of-age tale steeped in the car-centric culture of suburban California, is released in theaters. The film went on to become a sleeper hit.

• On Aug. 14, 1985, Michael Jackson purchases the publishing rights to the vast majority of the Beatles’ catalog for $47 million, outbidding even Paul McCartney. In later years, the catalog — now estimated to be worth in excess of $1 billion — allowed Jackson to remain solvent by serving as collateral for several enormous personal loans.