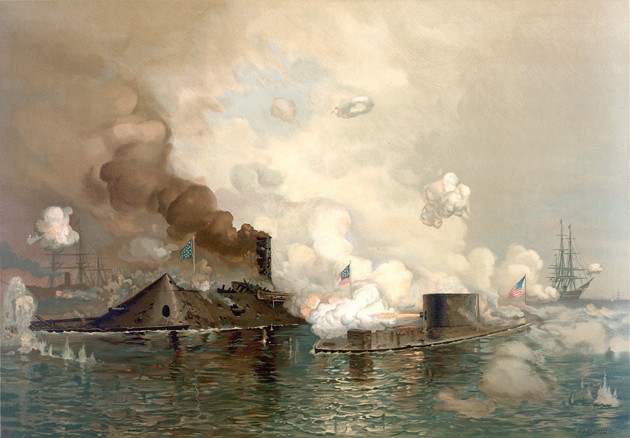 • On Jan. 2, 1811, Timothy Pickering, a Federalist from Massachusetts, becomes the first U.S. senator to be censured when the Senate approves a motion against him. Pickering was accused of violating congressional law by publicly revealing secret documents.

• On Dec. 30, 1862, the U.S.S. Monitor sinks in a storm off Cape Hatteras, N.C. Just nine months earlier, the ship had been part of a revolution in naval warfare when the ironclad dueled to a standstill with the C.S.S. Virginia (Merrimack) — the first time two ironclads faced each other in a naval engagement.

• On Jan. 5, 1920, the New York Yankees major-league baseball club announces its purchase of the heavy-hitting outfielder George Herman “Babe” Ruth from the Boston Red Sox for the sum of $125,000. The deal paid off as Ruth went on to smash his own home run record in 1920, hitting 54 homers.

• On Jan. 1, 1946, on the island of Corregidor, in Manila Bay, 20 Japanese soldiers approach a lone soldier — literally waving a white flag. The soldiers had been living in an underground tunnel and only discovered that the war was over by reading it in the newspaper.

• On Jan. 3, 1967, Jack Ruby, the Dallas nightclub owner who killed the alleged assassin of President John F. Kennedy, dies of cancer in a Dallas hospital. The Texas Court of Appeals recently had overturned his death sentence for the murder of Lee Harvey Oswald and was scheduled to grant him a new trial.

• On Jan. 4, 1974, President Richard Nixon refuses to hand over tape recordings and documents that had been subpoenaed by the Senate Watergate Committee. Nixon would resign from office in disgrace eight months later.

• On Dec. 31, 1984, Bernhard Goetz, the white man dubbed the “subway vigilante” after he shot four young black men on a New York City subway train, turns himself in at a police station in Concord, N.H. Goetz claimed that the men, all of whom had criminal records, were trying to rob him and that he had acted in self-defense.