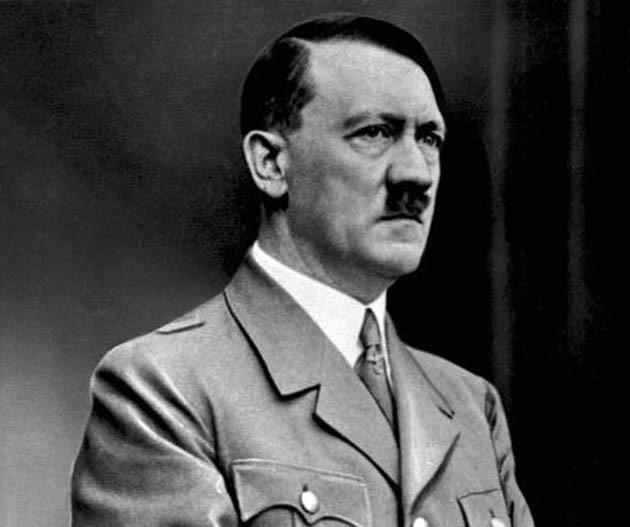 Adolf Hitler emerged for prison in 1924 stronger than ever.

• On March 31, 1776, future first lady Abigail Adams writes to her husband urging him to “remember the ladies” when drafting a new code of laws for the fledgling nation. Abigail pondered if and how the rights of women would be addressed in an American constitution.

• On April 4, 1841, only 31 days after assuming office, William Henry Harrison, the ninth president of the United States, dies at the White House. At his inauguration, Harrison declined to wear a jacket or hat and made a two-hour speech. Soon afterward, he developed pneumonia.

• On April 5, 1859, naturalist Charles Darwin sends his publishers the first three chapters of “Origin of Species,” which will become one of the most influential books ever published. Knowing the fates of scientists who had published radical theories and been ostracized or worse, Darwin had held off publishing his theory of natural selection for years.

• On April 1, 1924, Adolf Hitler is sentenced for his role in the Beer Hall Putsch of Nov. 8, 1923. He had been charged with high treason. Despite his conviction, he was out of jail before the end of the year, with his political position stronger than ever.

• On April 3, 1936, Richard Bruno Hauptmann, convicted in the kidnapping and murder of the 20-month-old son of famed aviator Charles Lindbergh, is executed by electrocution. In 1932, Charles Jr. was kidnapped from the nursery of the Lindbergh home.

• On April 2, 1979, the world’s first anthrax epidemic begins in Ekaterinburg, Russia (now Sverdlosk). Thirteen years later the epidemic was finally explained: Workers at a weapons plant had failed to replace a filter, causing a release of anthrax spores into the outside air.

• On April 6, 1950, a train plunges off a bridge into a rain-swollen river in Tangua, Brazil, killing 110 people. Days of torrential rains had undermined the bridge’s foundation, but there was no warning system to stop the train. The locomotive and five cars fell into the river. The remaining 17 cars somehow stayed on the tracks.