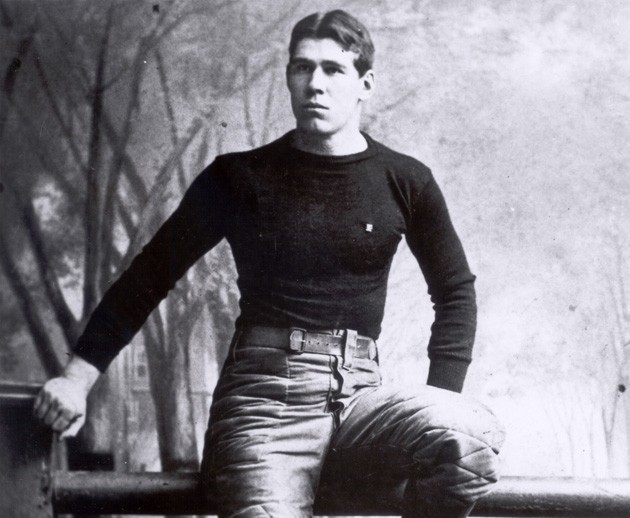 • On Nov. 15, 1864, Union General William Tecumseh Sherman begins his famous March to the Sea by torching the industrial section of Atlanta. For the next six weeks, Sherman’s army cut a 60-mile-wide swath of destruction through Georgia before capturing the seaport of Savannah.

• On Nov. 12, 1892, William “Pudge” Heffelfinger becomes the first professional football player when Pittsburgh’s Allegheny Athletic Association pays him $500 to play as a ringer in a game against the rival Pittsburgh Athletic Club. Before then, players had traded their services on the field for expense money or trinkets, not cash.

• On Nov. 11, 1918, at 11 o’clock of the 11th day of the 11th month, the First World War comes to an end. The Great War claimed the lives of 9 million soldiers; 21 million more were wounded. Civilian casualties caused indirectly by the war numbered close to 10 million.

• On Nov. 10, 1969, “Sesame Street,” a TV show that would teach generations of young children the alphabet and counting, makes its broadcast debut. Over the years, critics have blamed the show and its use of brief segments for shrinking children’s attention spans.

• On Nov. 13, 1974, Karen Silkwood is killed in a car accident in Oklahoma on her way to a meet with a reporter. She reportedly carried documents proving that Kerr-McGee Corp. was negligent when it came to worker safety at its plutonium plant. The theory was that someone forced her off the road to prevent the meeting.

• On Nov. 14, 1986, Wall Street arbitrageur Ivan Boesky pleads guilty to insider trading and agrees to pay a $100 million fine. “Boesky Day,” as the SEC would later call it, was crucial in exposing a nationwide scandal at the heart of the ’80s Wall Street boom.

• On Nov. 16, 1999, construction begins on a giant bonfire at Texas A&M University, the continuation of a 90-year tradition. Two days later, the 59-foot-high pile of more than 7,000 logs collapsed, killing 12 students and injuring another 27.