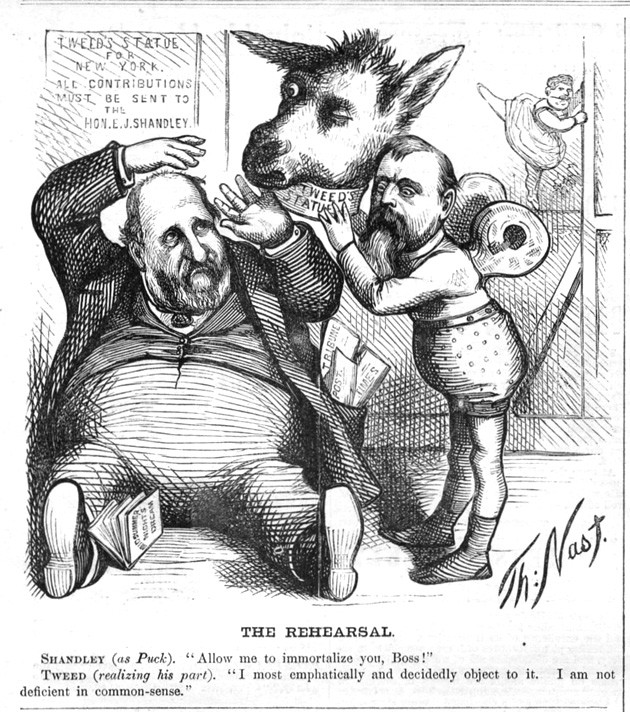 • On Nov. 19, 1863, President Abraham Lincoln delivers what will become one of the most famous speeches in American history at Gettysburg, Pennsylvania. Using just 272 words, Lincoln articulated the meaning of the Civil War for a public that had grown weary of the conflict.

• On Nov. 23, 1876, William Marcy “Boss” Tweed, leader of New York City’s corrupt Tammany Hall political organization, is delivered to authorities in New York City after his capture in Spain. He had formed the “Tweed Ring,” which bought votes, encouraged judicial corruption and extracted millions of dollars from city contracts.

• On Nov. 18, 1883, American and Canadian railroads begin using four continental time zones to end the confusion of dealing with thousands of local times. It was not until 1918 that Congress adopted the railroad time zones.

• On Nov. 22, 1916, Jack London, who chronicled the last Wild West frontier of Alaska, dies in California. London only spent a brief time in the Klondike, but returned with a trove of tales. He produced over 50 volumes of short stories and novels, including “The Call of the Wild,” about a domestic dog who joins an Alaskan wolf pack.

• On Nov. 20, 1947, Princess Elizabeth marries her distant cousin, Philip Mountbatten, former prince of Greece and Denmark who renounced his titles to marry the English princess. Mountbatten was made the duke of Edinburgh.

• On Nov. 17, 1972, socialite Barbara Baekeland is stabbed to death by her son, Antony, in London. When police arrived, Antony was calmly placing a telephone order for Chinese food. Antony was institutionalized until a bureaucratic mistake resulted in his release in 1980. He then moved to New York City, where he stabbed his grandmother.

• On Nov. 21, 1986, National Security Council staff member Oliver North and his secretary, Fawn Hall, begin shredding documents that would have exposed their participation in a range of illegal activities. North was fired, but Hall continued to sneak documents to him by stuffing them in her skirt and boots.