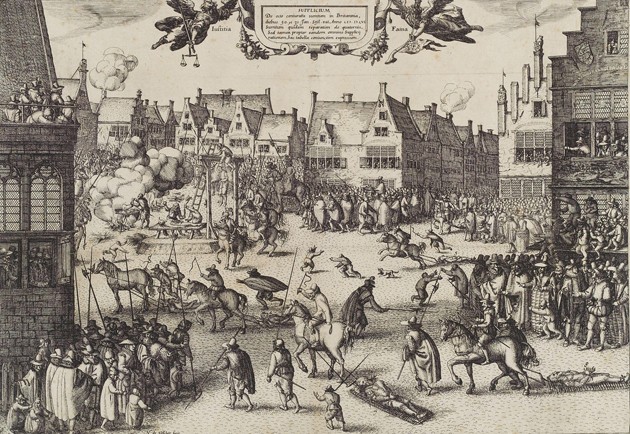 Guy Fawkes plots to blow up Parliament in 1605

• On Nov. 5, 1605, King James I of England learns of a plot to explode the Parliament building. Guy Fawkes had been found lurking in a cellar with 20 barrels of gunpowder. Fawkes revealed that he was part of a conspiracy to annihilate England’s Protestant government and replace it with Catholic leadership.

• On Nov. 6, 1860, Abraham Lincoln is elected the 16th president of the United States over a deeply divided Democratic Party, becoming the first Republican to win the presidency. Lincoln received only 40 percent of the popular vote but handily defeated the three other candidates.

• On Nov. 8, 1895, physicist Wilhelm Conrad Rontgen becomes the first person to observe X-rays, an advance that became an important diagnostic tool in medicine. In 1897, X-rays were first used on a military battlefield to find bullets and broken bones inside patients.

• On Nov. 9, 1938, Jewish businesses and homes in Munich are destroyed, and Jewish men, women and children are beaten and murdered, in an exercise in terror. The night would be called “Kristallnacht,” or “the Night of Broken Glass,” because of the cost of replacing broken glass in looted Jewish shops — 5 million marks ($1.25 million).

• On Nov. 7, 1944, President Franklin Delano Roosevelt is elected to an unprecedented fourth term in office. FDR remains the only president to have served more than two terms. Roosevelt presided over two of the biggest crises in U.S. history: the Great Depression of the 1930s and World War II.

• On Nov. 10, 1964, Secretary of Defense Robert McNamara says that the United States has no plans to send combat troops to Vietnam. By 1969, more than 500,000 American troops were in South Vietnam.

• On Nov. 4, 1979, hundreds of Iranian students storm the U.S. Embassy in Tehran, taking more than 60 American hostages. The students were demanding the return of Iran’s deposed leader, the Shah Mohammed Reza Pahlevi. After the student takeover, President Jimmy Carter ordered a complete embargo of Iranian oil.