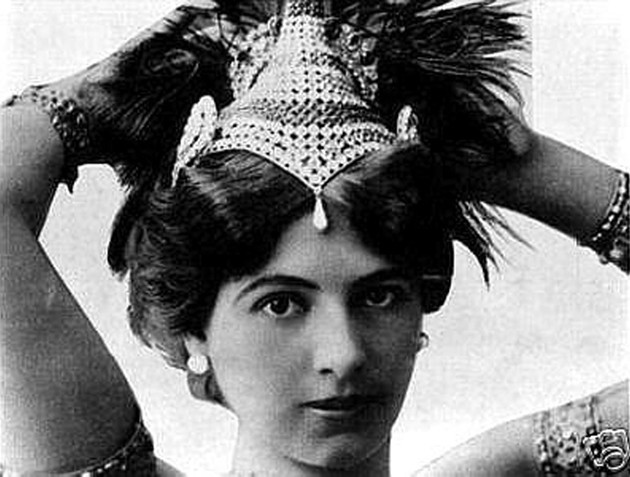 • On Oct. 17, 1906, Wilhelm Voigt, a German shoemaker, impersonates an army officer and leads an entire squad of soldiers to help him steal 4,000 marks. Voigt humiliated the German army by exploiting their blind obedience to authority and getting them to assist in his audacious robbery.

• On Oct. 15, 1917, Mata Hari is executed for espionage by a French firing squad. Her military trial was riddled with bias and circumstantial evidence, and it is probable that French authorities trumped her up as “the greatest woman spy of the century” as a distraction for the huge losses the French army was suffering.

• On Oct. 14, 1947, U.S. Air Force Capt. Chuck Yeager becomes the first person to fly faster than the speed of sound. Yeager’s X-1 rocket plane was lifted to an altitude of 25,000 feet by a B-29 aircraft and then released through the bomb bay.

• On Oct. 16, 1958, Chevrolet begins to sell the El Camino, a combination sedan-pickup truck. In 1964, the company introduced a version built on the brawnier Chevelle platform. Today, the car is a cult classic.

• On Oct. 20, 1962, the White House press corps is told that President John F. Kennedy has a cold; in reality, he is holding secret meetings with advisers on the eve of ordering a blockade of Cuba. Kennedy had seen photographic proof that the Soviets were building ballistic missile sites on the island of Cuba.

• On Oct. 18, 1974, soul singer Al Green is attacked in his own bathtub when an ex-girlfriend pours a pot of scalding-hot grits on his back. Her actions left Green with severe injuries but also shaken emotionally and spiritually. By 1976, Green had become an ordained Baptist minister and purchased a Memphis church, where he still preaches today.

• On Oct. 19, 1982, maverick automobile executive John DeLorean is arrested in a Los Angeles motel with a briefcase containing $24 million worth of cocaine. According to authorities, DeLorean was attempting to make a drug deal in order to rescue his financially ailing DeLorean Motor Company.