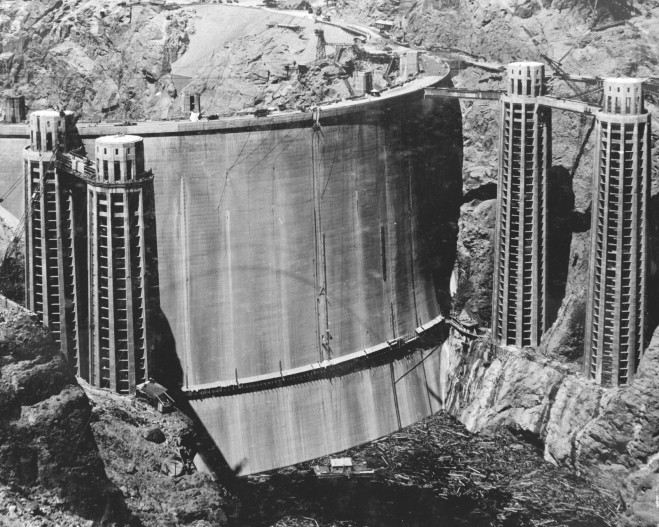 • On Oct. 12, 1492, Italian explorer Christopher Columbus reaches the New World. Columbus, and most others, underestimated the world’s size. The expedition probably first landed at Watling Island in the Bahamas. Columbus later sighted Cuba, which he thought was mainland China.

• On Oct. 10, 1845, The United States Naval Academy opens in Annapolis, Md., with 50 midshipmen students and seven professors. Known as the Naval School until 1850, the curriculum included mathematics and navigation, gunnery and steam, chemistry, English, natural philosophy and French.

• On Oct. 8, 1871, flames spark in the Chicago barn of Patrick and Catherine O’Leary, igniting a two-day blaze that kills hundreds of people, destroys 17,450 buildings and leaves 100,000 homeless. Legend has it that the fire started when a cow kicked over a lantern in the O’Leary barn.

• On Oct. 9, 1936, harnessing the power of the mighty Colorado River, the Hoover Dam begins sending electricity over 266 miles of transmission lines to Los Angeles. The central reason for the dam, however, was the collection, preservation and distribution of water.

• On Oct. 7, 1943, Rear Adm. Shigematsu Sakaibara, commander of the Japanese garrison on Wake Island, orders the execution of 96 Americans POWs, claiming they were trying to make radio contact with U.S. forces. The execution of those POWs remains one of the more brutal episodes of the war in the Pacific.

• On Oct. 13, 1953, the world’s first art museum on wheels, the Artmobile, opens in Fredericksburg, Va., carrying 16 paintings by 15th- and 16th-century masters. Today, there are dozens of Artmobile-inspired museums on wheels in cities and towns across the United States and around the world.