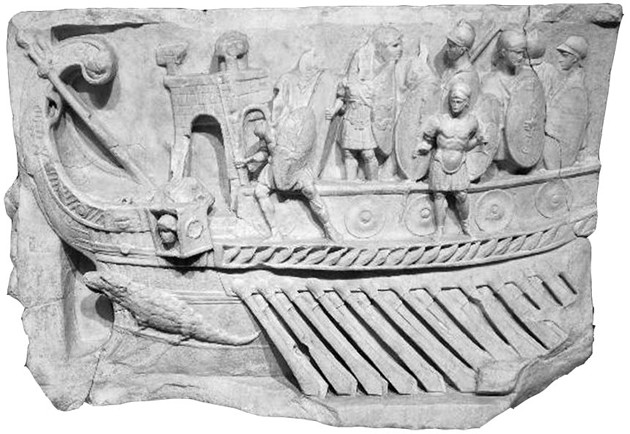 • On Sept. 2, 31 B.C., at the Battle of Actium, Roman leader Octavian wins a decisive victory against the forces of Mark Antony and Cleopatra, queen of Egypt. Antony and Cleopatra broke though the enemy lines and fled to Egypt, where they would commit suicide the following year.

• On Sept. 3, 1777, the American flag was flown in battle for the first time during a Revolutionary War skirmish at Cooch’s Bridge, Delaware. Patriot Gen. William Maxwell ordered the “Stars and Stripes” banner raised as a detachment of his infantry and cavalry met an advance guard of British and Hessian troops.

• On Sept. 1, 1807, former U.S. vice president Aaron Burr is acquitted of plotting to annex parts of Louisiana and Spanish territory in Mexico to be used toward the establishment of an independent republic. Nevertheless, public opinion condemned him as a traitor, and he fled to Europe.

• On Sept. 7, 1896, an electric car built by the Riker Electric Motor Company wins the first auto race in the United States, at the Narragansett Trotting Park in Rhode Island. The Riker won the race easily, finishing its five laps in about 15 minutes. The other electric car came in second, and a gas-powered Duryea took third.

• On Sept. 4, 1951, President Harry S. Truman’s opening speech before a conference in San Francisco is broadcast across the nation, marking the first time a television program was broadcast from coast to coast. The speech was picked up by 87 stations in 47 cities.

• On Sept. 5, 1975, in Sacramento, California, an assassination attempt against President Gerald Ford is foiled when a Secret Service agent wrests a .45-caliber pistol from Lynette “Squeaky” Fromme, a follower of incarcerated cult leader Charles Manson.

• On Sept. 6, 1995, Baltimore Orioles shortstop Cal Ripken Jr. plays in his 2,131st consecutive game, breaking Lou Gehrig’s record for most consecutive games played. Ripken went on to play 2,632 games in a row before ending the streak by voluntarily removing himself from a game in 1998.