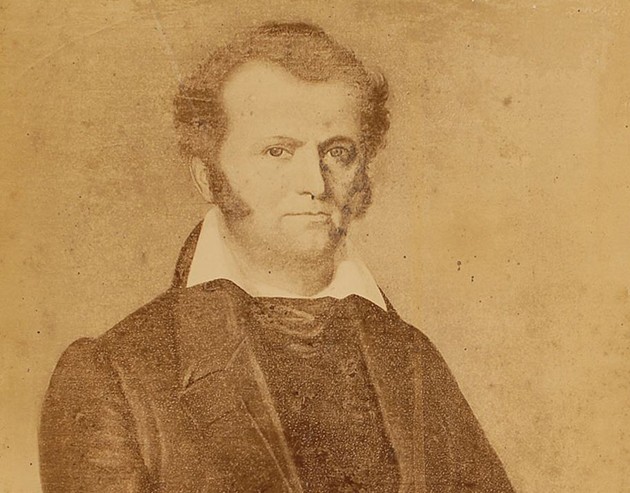 • On Sept. 22, 1554, Spanish explorer Francisco Vasquez Coronado, his health badly deteriorated from injuries and the toll of his strenuous travels, dies. Coronado explored much of the southwestern United States, but never found the fabled Seven Cities of Gold he had sought for decades, and died believing that he had been a shameful failure.

• On Sept. 21, 1780, during the American Revolution, American Gen. Benedict Arnold meets with British Major John Andre to discuss handing over West Point to the British, in return for money and a high position in the British army. The plot was foiled, and Arnold, a former American hero, became synonymous with the word “traitor.”

• On Sept. 19, 1827, after a duel turns into an all-out brawl, Jim Bowie kills a banker in Alexandria, La., with an early version of his famous Bowie knife. The actual inventor of the Bowie knife, however, was probably not Jim Bowie, but rather his equally belligerent brother, Rezin Bowie.

• On Sept. 16, 1893, the largest land run in history begins with more than 100,000 people pouring into the Cherokee Strip of Oklahoma to claim valuable land that had once belonged to Native Americans. With a single shot from a pistol, the mad dash began.

• On Sept. 20, 1960, California hot rodder Mickey Thompson takes another shot at the world land-speed record. Although he only managed to coax his streamlined Challenger up to about 378 mph on his first run and 368 mph on the second, his speedy trips across the Bonneville Salt Flats won worldwide fame for the car and its driver.

• On Sept. 18, 1974, actress Doris Day, one of the biggest box office draws of the 1950s and ’60s, wins a $22.8 million malpractice suit against her former lawyer. After the death of her third husband, Martin Melcher, in 1968, she discovered that her $20 million in life savings had disappeared.