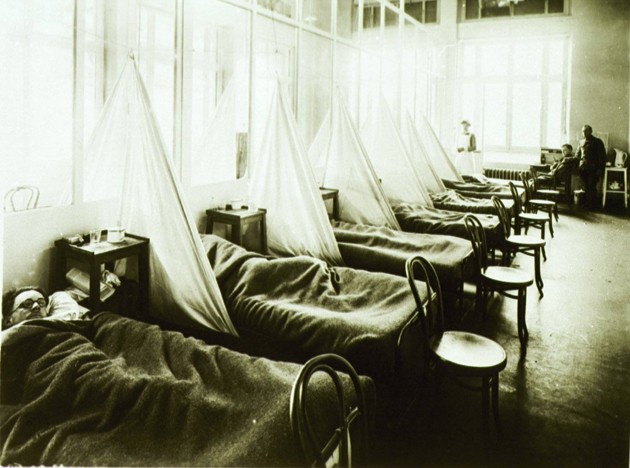 • On Sept. 27, 1540, in Rome, the Society of Jesus — a Roman Catholic missionary organization — receives its charter from Pope Paul III. The first Jesuits took vows of poverty and chastity, and made plans for the conversion of millions to Catholicism.

• On Sept. 23, 1875, Billy the Kid, born William Henry McCarty, is arrested for the first time after stealing a basket of laundry. He broke out of jail and roamed the American West, eventually earning a reputation as an outlaw and murderer, with a rap sheet that allegedly included 21 murders.

• On Sept. 29, 1907, Gene Autry, perhaps the greatest “singing cowboy” of all time, is born in Tioga, Texas. While Autry was no cowboy, he was a genuine Westerner who had lived on a ranch. His lasting fame came from films and his first movie, “In Old Santa Fe,” eventually was followed by nearly 100 other films.

• On Sept. 28, 1918, a Liberty Loan parade in Philadelphia prompts a huge outbreak of the flu epidemic in the city. By the time the epidemic ended, an estimated 30 million people were dead worldwide. The most likely origin of the 1918 flu pandemic was a bird or farm animal in the American Midwest.

• On Sept. 25, 1965, the Kansas City Athletics ageless wonder Satchel Paige started a game against the Boston Red Sox. The 59-year-old Paige, a Negro League legend, proved his greatness by giving up only one hit in his three innings of play. He was the oldest pitcher ever to play a game in the major leagues.

• On Sept. 24, 1988, Canadian sprinter Ben Johnson runs the 100-meter dash in 9.79 seconds to win gold at the Summer Olympics in Seoul, South Korea. Johnson’s triumph, however, was short-lived: He tested positive for steroids three days later and was stripped of the medal.