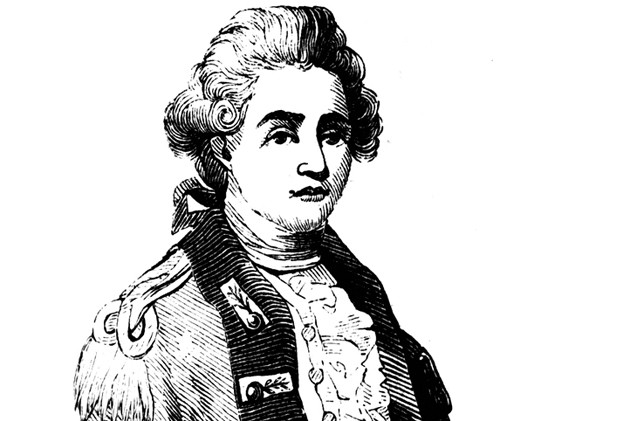 • On Oct. 6, 1683, encouraged by William Penn’s offer of 5,000 acres of land in the colony of Pennsylvania and the freedom to practice their religion, the first Mennonites arrive in America aboard the Concord. The German Mennonites were founded in Europe by Menno Simons in the 16th century.

• On Oct. 2, 1780, British Major John Andre, an accomplice of Benedict Arnold, is hanged as a spy by U.S. military forces in Tappan, N.Y. Andre wrote a letter to Gen. George Washington asking that he be executed by firing squad, that being a more “gentlemanly” death than hanging.

• On Oct. 4, 1861, President Abraham Lincoln observes a balloon demonstration near Washington, D.C. Both Confederate and Union armies experimented with using balloons to gather military intelligence in the early stages of the war, but the balloons proved to be dangerous and impractical for most situations.

• On Oct. 1, 1908, the first production Model T Ford is completed in Detroit. The cheapest one initially cost $825, or about $18,000 in today’s dollars. It had a 22-horsepower, four-cylinder engine that could run on gasoline or hemp-based fuel.

• On Sept. 30, 1954, the USS Nautilus, the world’s first nuclear submarine, is commissioned by the U.S. Navy. In August 1958, Nautilus accomplished the first voyage under the geographic North Pole. After a career spanning 25 years and almost 500,000 miles steamed, Nautilus was decommissioned in 1980.

• On Oct. 3, 1967, writer, singer and folk icon Woody Guthrie dies in New York. Guthrie, originally from Oklahoma, introduced a form of music called protest folk. Most famous was “This Land Is Your Land,” written in 1940 and first recorded in 1944.

• On Oct. 5, 1978, Isaac Bashevis Singer wins the Nobel Prize for literature. Singer wrote in Yiddish about Jewish life in Poland and the United States, and translations of his work became popular in mainstream America as well as Jewish circles. One of his stories, Yentl, was made into a movie directed by and starring Barbra Streisand in 1983.